The Formation of Hurricanes

At the beginning, there were the not-yet-living. Although they were something less than present, and something more than absent, the not-yet-living were entirely insistent. Their insistence was so wild it would have been an echo if there had been anyone to hear — if there had been any ears to register their reverberations, or any eyelashes to flicker against the pulsing of their not-yet-breath.

And the living unraveled the land like a tapestry, folded the ocean in at the corners where it met the land. Though the ocean resisted being pulled into new shapes, it eventually submitted, and strange, not-land and not-ocean places were formed. These in between places would haunt the living with the memory of what had been — with their creeping moss drying over still brown water and deep mud that would forever preserve the past. And so grudges were locked tight under layers of brine and rock and peat.

All over the land there were more living and more living. And they lived.

The living wore waterproof shoes or wore no shoes at all according to their means or preference, and stood with their thumbs in their belt loops and let the ocean’s anger burst on their cheeks. The living felt salt on their lips and asked a friend to lick it off.

Friends became echoes that could only be heard when their friends pressed their ears to certain sea shells, or when friends sat in unlit rooms staring at the blue screens of phones, thumbs poised over buttons they won’t press.

And the ocean, even after all this time, stayed angry and co-dependent and let its anger define it. Hurricane season came and no one noticed this attention-seeking behavior. And then hurricane season left and no one paid that any attention either, because it never really passed and just kept on raining.

Some of the friends who are too young to have anything to do other than watch the passing of the seasons notice everything — both the coming and not quite passing of hurricane season.

Two such friends who are the closest either will get to a sister chant in unison 1 2 3 4 I declare a thumb war, and their hands interlock so tight they feel the other’s fingernails press against their palm, which is hot from the 99% humidity of this day, which is the hottest day of that summer in the year 2007. Their thumbs dance around each other. Their thumbs hug.

And thumb hugs turn into a reminder of the time when they were the not-yet-living. Though they don’t say it in so many words. Still, moisture gathers at the corners of their eyes.

One day, having nowhere else to turn to, the girls, the friends, the not-yet-living, and the living, all walk to one of those places that is not-land and not- ocean. They walk with their boots on or with no shoes at all, according to their means and preference.

When they stumble, laughing into its body, the place that is not-land and not-ocean feels both aroused and angry. It will be a homecoming. It will draw them back into a hot, dark place.

Years later, the friends — the sisters, the more than sisters, the one day not-yet-living — will open their mouths to drink the water falling from the sky. They will let it gather in their mouths and run down their cheeks. They will be doing this alone or next to someone else they’re still getting to know, but not with each other.

A hurricane will be forming off the coast. It will be heading in their direction.

Suddenly this absence — the absence of the sister, the friend, the friend that left or was left — will be so loud it will be an echo and the echo will be them and the ocean and what happens before life and two thumbs and waterproof shoes and unsent text messages and most of all the echo will be the bands of a hurricane that demands for the last time to be noticed. 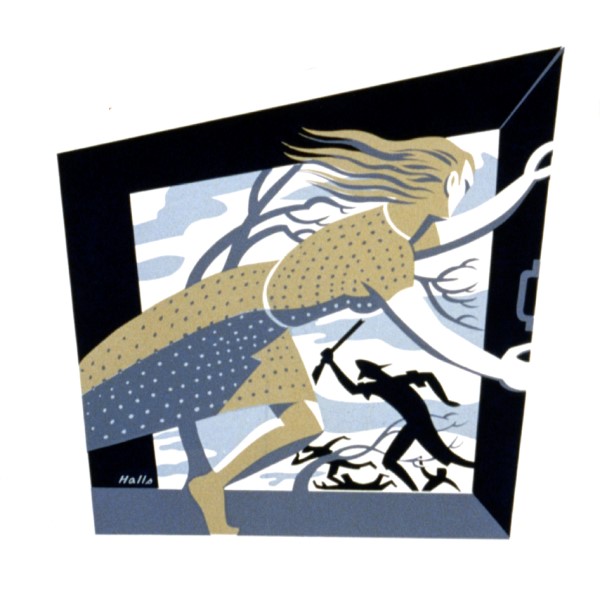 Originally from Charleston, South Carolina, Tori Rego is an MFA candidate at Northern Michigan University, and an associate editor of Passages North. You can find her work in Crabfat Magazine, the Keats’ Letters Project, and KY Story’s Bully anthology. More musing on hurricanes is forthcoming in Apt- A Literary Magazine.

(Next: Ravenous by Samantha Xiao Cody)

(Previous: What Hands Can Do by Meriwether Clarke)