My new hydrangea. I like the color, the sharp fuchsia a fuck you to the soft baby blues and pastel pinks adorning my neighbor Jan’s manicured row. Manicured by Nico’s Landscaping, I might add, paid to tend to her plantings so that she might rake up the compliments as if she had been out there clipping, deadheading, watering.

I choose the biggest, brightest globe, and cut it. My shears emit a satisfying snap. Inside, I head to the basement for my flower press. Down there, against the backdrop of the rough-edged cinder blocks and clanking pipes, I have set up aisles like a food market. And on the shelves are my plastic boxes, each containing Important Memories.

A box in the third row leans off the shelf, its lid off. Shit. Sitting in between the 1977 box of college mementos, and the box marked “Geoffrey’s Academic Publications”, I have my “Cat Box”. I have one cat now, Rhea, whose mother showed up one summer evening. She gave birth a couple of weeks later while I was at an open air showing of Terms of Endearment. She had three kittens, two of whom were dead by the time I got home.

Rhea’s box is disheveled. I feel heat rise through me, my heartbeat thick in my ears. The doorbell rings. Calista is on time, of course.

“Hi Mom,” she says. Her floral dress and wicker bag are predictable.

“You can let yourself in, you know.”

“Just being polite,” she says.

She puts the tea kettle on and opens the packages of deli sandwiches she’s brought. She didn’t ask them to leave the pickles off mine so I have to peel them away. The sandwich is marred now, as the pickle juice has permeated the bread with its acrid odor and sharp taste, leaving wet indented crinkle edged circles.

“So, how’s everything?” she says, taking a little nibble. I hate this question. Be specific. How is everything? The economy, my digestive system, the dust bunnies under the guest room bed?

“Fine and dandy.” I can be unspecific too.

“I love that pic of you and Dad,” she says, nodding to the framed photo behind me. I turn to look at Geoffrey, in his tuxedo, hugging me to his side. We’d bickered moments before — he was annoyed that I overruled his direct route to the event with my more scenic drive — but you wouldn’t know it.

“Your hydrangea is beautiful.” She gestures to the flower on the counter.

“Lovely. Maybe you could frame it?”

“I have a box for my flowers.”

“Ah the basement library. Petra says you’re a memory hoarder.” Petra, my precocious preteen granddaughter, is smarter than her mother. Neither are interesting people.

Later, while Calista regales me with tales of the PTA committees she seems to enjoy despising, I set up the press. You have to be careful, of course, to line the flower up precisely as you want it to be saved. You have one chance. And like Virginia Woolf said, nothing has happened until it’s been recorded. I place the lid of the flower press across the hydrangea. Then I begin to turn each of the four corner screws, one turn at a time, keeping it level.

“You tell me, I need to keep this press square or it’s ruined.”

“She’s got a torn Ziploc? And something…Rhea, come here…”

I turn to look and in doing so I knock the press. Shit. She does have something.

“Rhea sweetie,” I say in my sing song voice. Rhea knows better: she chews quickly, and before I can get to her, her prize is eaten. I pick up the ripped Ziploc.

I look at Calista. Her cheeks lightly rouged, her hair smoothed, her earrings dangly. Her face is searching mine. She isn’t one to decipher the thoughts and feelings of others.

“She got into her own keepsake box downstairs. I must’ve left the lid off.”

Calista swallows, raising her chin. She puts her mug of peppermint tea — her own teabag from her purse — down on the table, and tucks her hair behind her ear. “Mom, have you had a chance to think about the Pine Grove Community I mentioned?”

Fuck you Calista. I shake my head.

“Maybe you should get back to Petra. I have organizing to do.”

I wait until Jan’s house has been dark for an hour, and creep out my side door. Bending down on one knee, I snip the base branches of the most lush of her hydrangeas. Ha! My knee gets wet as the moisture from the irrigation system — yes, she’s like that — that sprayed its flashy presence earlier this evening soaks into my slacks. Some of the branches fall to the ground, others are suspended, leaves holding up other leaves. I am giddy as I sneak back home.

I haven’t forgiven Rhea, but I will. I don’t forgive Calista though. My pressing is ruined, and I don’t have another flower worthy of keeping. I don’t even want to look at that plant again. I took its best flower for nothing. All I wanted was a memento of its glory, to remember it. I want to remember everything. I can’t hear his voice. I can’t remember how he sounded when he whispered to me in the half light of the early dawn.

I pick up the phone.

“I was wondering if those apartments have storage?”

“For your boxes? Yes, we can rent you storage.”

“They have gardens, and they’re beautiful, all looked after. You just enjoy them.”

I let Rhea back in this morning. I go down to the basement with her, and I take down the box labeled “Honeymoon”. I want to visit with us a while. 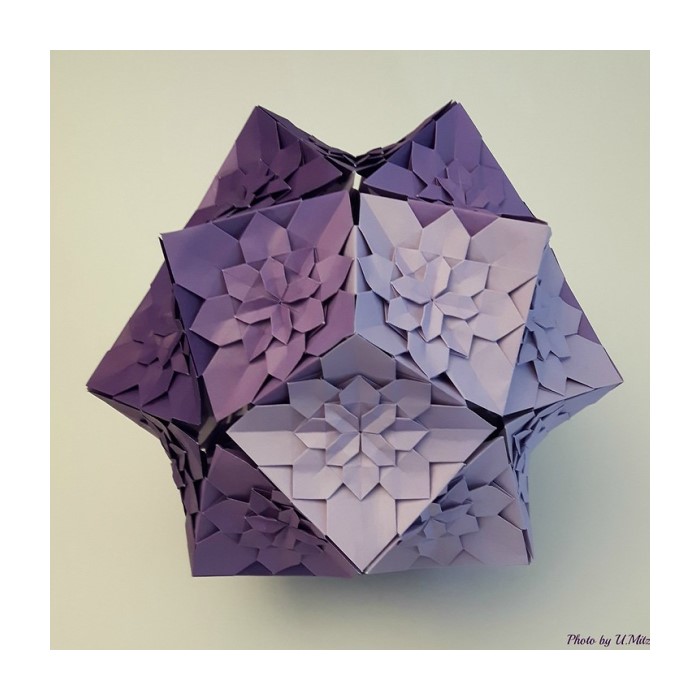 (Next: Tortoises by Deirdre Danklin)

(Previous: We Make Our Own Beaches by Angela Readman)