When she saw it in the electronics aisle at the Goodwill on Cheviot, the one that gets all the best tracksuits, Vera’s first thought was now why would anyone in their right mind want to buy that? She was more capable than most of seeing the value in the cast-off goods of others, but Vera couldn’t for the life of her figure out why any sane human being would purchase a single walkie-talkie. And she was about to say so when Maureen reached out, plucked the transceiver from its dusty plywood shelf.

Vera could recall buying a set of walkie-talkies for her children years earlier, and she was sure they’d been black with a red button, just like the one Maureen was, unbelievably, now placing in her cart. The walkie-talkie that was now resting against an oval-shaped gold-leafed mirror and five taped-together painted-daisy juice glasses and three pairs of Lee Ryder jeans, the kind that had been discontinued, with the high waist and the flat front, the jeans Maureen was forever searching for.

Silent in her consternation, Vera trailed after Maureen, who pushed her cart toward the counter, rocking her hips to the faint strains of “Dancing on the Ceiling”, which was playing over the loudspeakers. They’d been in their early twenties when the song came out, both married, both with babies. Over the years they’d seen each other through three divorces and two dead children. Eating disorders. Sexually transmitted diseases. Cancer scares. A hysterectomy. They voted the same way, enjoyed the same romantic movies, clipped the same coupons. Whenever she came across a matched set of anything – cowboy boots, horsehead bookends, rhinestone earrings, elbow-length gloves – Vera saw herself and Maureen. She couldn’t help it. One of them just didn’t make sense without the other.

Dinah, who was ringing up Maureen, held the solitary walkie-talkie aloft. “Where’s the other one?” she said.

Maureen turned to Vera. She winked. “That’s what I’d like to know.”

On the way home, Vera studied Maureen, who sat behind the wheel humming a tune Vera couldn’t place. Vera looked down, into a dark chasm that had opened between the driver and passenger seats of the Pontiac. She saw Maureen sitting at her gold-flecked Formica kitchen table, depressing the red button, speaking softly into the lone transceiver, telling whomever might be listening things she would never tell Vera.

Mysteries that were Maureen’s alone. 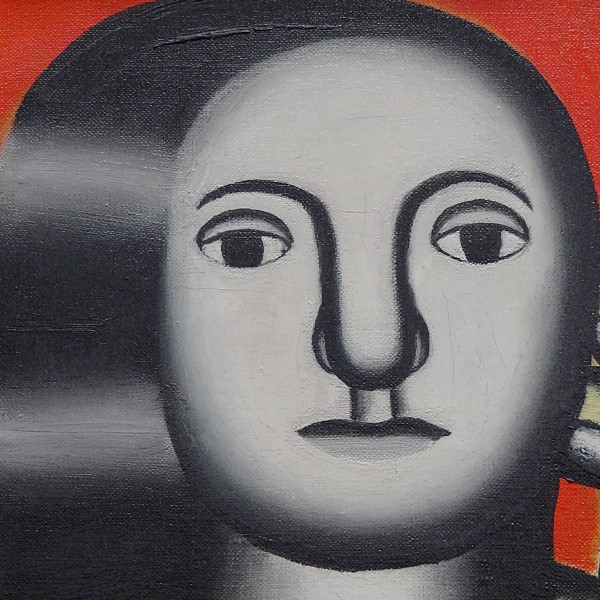 Jen Fawkes’s story collection, Mannequin and Wife, is forthcoming in August of 2020 from LSU Press. Her work has appeared in One Story, Crazyhorse, The Iowa Review, and elsewhere. She is the winner of the 2019 Pinch Award in Fiction and the 2019 John Gardner Memorial Fiction Prize from Harpur Palate. Her stories have also won prizes from Salamander, Washington Square, and others. She is an Assistant Professor of English at West Liberty University in West Liberty, West Virginia.

(Next: Kisses by Christopher Locke)