Borbála slings the mop across the concrete floor and draws it back again. This floor is never really clean; it’s either wet or dry. In either state, when she slides her shoe against it she feels a pure gristle, the naked foundation of the ruin pub. She cleans both of the bathrooms, swabbing near the feet of men urinating into troughs, and beneath stall doors, where women crouch. This bothers many of the Americans, and a few of the British, who sometimes mumble about Budapest’s peccadillos and the former Eastern bloc. Often this is before they realize there is no toilet paper, and if they exit the bathroom with a particular look of wrinkled dismay, she hobbles back to her table, head bobbing like a pigeon’s, where she offers an unraveled length for twenty-five forint. Though this is less than nine cents American, it aggravates Westerners who are used to something for nothing. Every so often, the practice provokes a derogatory comment about Jews, because, according to the tourist maps, this particular ruin pub is located on Kazinczy Utca in the Jewish Quarter. However, Borbála is not Jewish, and it has been a long time since there were many Jews here. 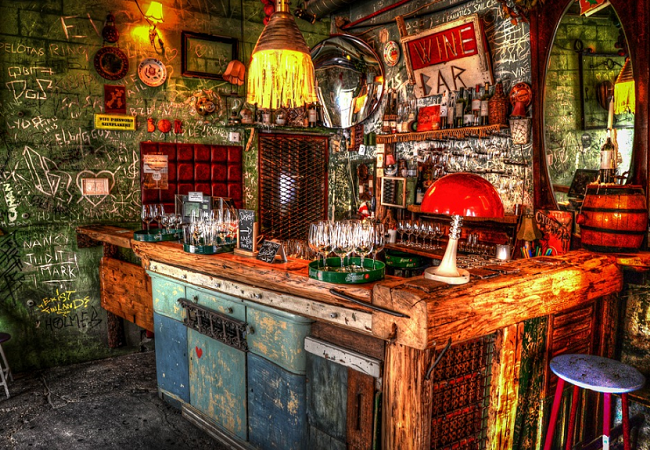 Sean Gill has contributed to Iowa Review, McSweeney’s, ZYZZYZA, and Joyland. He is the recipient of the 2016 Sonora Review Fiction Prize, the 2017 River Styx Micro-Fiction Prize, and The Cincinnati Review’s 2018 Robert and Adele Schiff Award.

(Next: When the Train Lurched by Jenessa Abrams)