Subject left blank – are you sure you want to send?

The ocean waves get taller and taller

Looks like a tsunami, one of the locals said. We were in flip flops and expensive sun hats. I had so much sunscreen on my skin had turned to oil

The waves grew and grew

They made enough shade to cover the beach

If we die on this beach, I love you, I said to my Lewis. Who was looking up at the growing wave with fascination, taking a panorama shot with his phone.

And Lewis said, This makes no sense

And a policeman walked by and said, I can help you

Just kidding. But I thought about that and how also I had some sexy handcuffs stashed away in our luggage, and how completely useless they would be to me now

The wave got taller

I mean, is it even a wave anymore

Is a wave still a wave not waving

It’s really taking its time, isn’t it? said a lady nearby. She was also trying to hook her arm around her girlfriend’s arm. She had a flower behind her ear, and the flower was screwed up as if it were watching the wave too

All of us were. Even the dogs and the kids and there was this hush as the wave seemed to inhale and expand

The sun went down

The moon went up

It looked like the moon was balancing at the top of the wave , and maybe it was

Some whales had fallen out of the sea and onto the expanding beach, a new continent of sand covered in dying fish

They made these moan sounds

I’m writing this from my iPhone

It’ll say “sent from my iPhone” at the end

And me saying, My toes hurt, even as the wave crests higher and higher, and Lewis saying, So take them off, but in this tone that like – really hurt my feelings

I’m not deleting that sentence

We will die unmarried and unchildrened on this beach

In our barely thirties

With middling careers and lots of student loan debt

And a therapist named I kid you not TODD

I try to Pay Attention to Lewis breathing

And i say, i want you to sit down in the sand with me and put the damn phone down

So i sit down in the sand

The wave starts to tip

Lewis tips back, puts a foot back for balance

And btw you can follow his panorama on Instagram, which he’s also saving for the final moment

Do come home get some rest

Sent from my iPhone 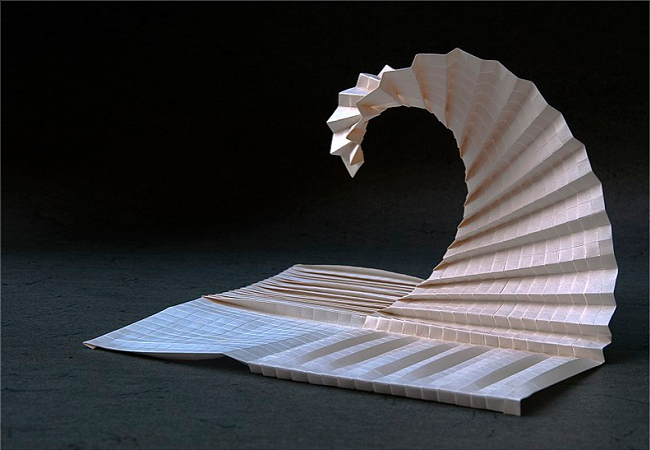 Melissa Goodrich is the author of the story collection Daughters of Monsters, the poetry chapbook IF YOU WHAT, and the collaborative collection The Classroom. She earned her MFA in Fiction from the University of Arizona, and her stories have appeared in American Short Fiction, The Kenyon Review Online, Passages North, PANK, and others. Find her at melissa-goodrich.com and tweeting @good_rib.

(Next: The Apartment Building by Alex DiFrancesco)

(Previous: When You First Meet the Telepath by Meghan Phillips)