When I was in third grade, I saw a wolf running on its hind legs through the neglected field behind our apartment, yelling, “Tasty! Tasty!”

“Did you see that?” I said to Dijon, the neighbor boy who followed me around everywhere I went.

“That wolf. Running on its hind legs.”

“Yeah,” he said. Dijon was four, and he went barefoot and shirtless all summer, so I couldn’t take him anywhere. His mother had like five jobs, and she paid my mom a little money to watch him while she worked.

“You saw him? He was yelling something strange.”

“Yeah.” Dijon was a little slow. And he usually agreed with me no matter what I said.

“Did you really see it?”

Dijon did a perfect imitation of the wolf then. He even barked, “Tasty! Tasty!” Exactly like the wolf had.

We took to the field to investigate. The wolf had come from a gap in the chain-link fence that bordered one side of the field. The grass was up to my armpits in some parts, and there were patches of old asphalt from the basketball court that used to be back there a long time ago.

We noticed a buzzing coming from the other side of the field, where the wolf had disappeared behind an old garage that was always locked — a buzzing, I realized, we’d really been hearing all along. Floating just above the garage was a drone.

I told Dijon to be quiet as we tiptoed through the field and peered behind the garage. He was a good boy.

But on the other side of the building, we saw Dijon’s mom lying on the ground as though she’d just tripped. She was wearing a red cape and hood, a miniskirt, and high heels. Her chest was heaving, like she’d been running fast. The wolf stood over her.

I could see now that the wolf was really just a guy in a costume. A short guy. It (He?) ran a fluffy paw over Dijon’s mom’s face and then down her chest and belly to her thigh. Then he ripped off her cape and the expression on her face changed from fear to something else entirely. Anger? Hunger? It was weird.

I couldn’t take it. And neither could Dijon. He yelled, “Mama!”

The wolf turned to us first. Then Dijon’s mother looked our way. And then I heard someone shout, “Cut!” and a half a dozen men in black emerged from the shadows of a nearby stand of trees. “Shit. Let’s do that whole sequence again.”

Dijon’s mother said, “Sorry!” to all the men, then came over to me and Dijon and said, “Mama’s working now, Dee. You’ve got to go with James. Go play in the playground, okay?” She winked at me. I nodded. I always liked the way she talked to me.

She turned to go, but I whispered, “Mrs. Pinot?”

“Is the wolf hurting you?”

She smiled and said, “No. It’s all pretend.” She winked again. “Take Dee home.”

I took Dijon to my apartment, but I couldn’t believe it was all pretend. It was real. And dangerous. So I called the police and then took Dijon back to spy on the wolf and his mother and the other men who were there standing around, watching.

In just a few minutes, two officers came and I felt a thrilled relief. I imagined Dijon’s mom thanking me later, maybe bending down to give me a kiss. But the police just talked to one of the guys in black and then went away. And the whole thing happened again. The wolf standing over her. The cape torn off. The look. I sent Dijon home and said I’d be right behind him. 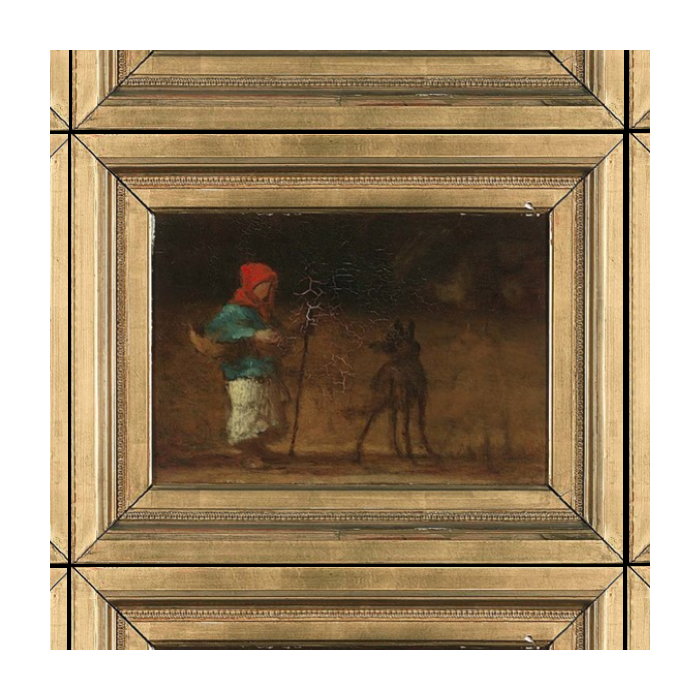 TD Storm is a teacher/editor/writer, living in Madison, Wisconsin. His work has appeared a number of journals and anthologies, including Black Warrior Review, Copper Nickel, Short Story America, and Literary Hub.

(Next: The Fairytale Princess Gets Over a Break-up by Ashley Burnett)