My colleague was smug because she owned a house in the suburbs and was making all the right investments (house, car, children, husband). If I’d done things the way you’re supposed to, I’d own property too. Maybe not something great, but something. If I lived somewhere reasonably cheap, not here, I might own property that was reasonably cheap. But I did live here, so I rented.

I was walking by this colleague with a stack of papers I’d printed when she started talking to me. “My husband is looking into buying a vacation home on the river,” she said, her chair swiveled around to face me.

I was accustomed to her non-sequiturs at this point, so I said, “Awesome.” Why did people make it so easy to dislike them?

“Sure.” I was 31 and constantly vigilant about getting my shit together. I’d buy packages of toilet paper before I’d run out, though I cringed when I put a new plastic-wrapped package next to the ones I already owned. Was there anything left besides buying bathroom supplies?

“Do you own property?”

“Um,” I said, rubbing at the corner of my papers like I’d smudged something important.

“Yes,” I mumbled. “A place in the city.” I swallowed, naming the moderately-priced neighborhood where I rented, my neck swaddling into my collar. Tell me, what else could I have said? My greatest failing was my inability to collect money to dole it out meagerly, yet flashily.

My colleague was annoyed because owning property in the city meant something, I’m not sure what. “Isn’t that in the city?”

“It’s so dangerous and expensive there!”

I felt bold, so, because others had told me she lived in an unremarkable suburb, I said, “But I couldn’t stand to live in the suburbs, could you?”

She hesitated, a death wish flashing across her face. “I live in the closest southern suburb, so it’s more affordable than the city,” she said. “And there’s a train into downtown!” Then she changed course, deciding because of our property-owning status, she and I had more in common than we didn’t. She leaned closer to me so I could smell her clean, homeowner scent. “Some of these people are in their forties, and they’re still renting,” she whispered, tilting her head towards a middle-aged woman.

“Poor people,” I whispered back, needing an ally I hadn’t thought I’d want. I looked at our older colleague, sympathetic and disgusted. I judged her, but I knew I was just insecure.

Of course, this conversation ended with my colleague inviting herself to the house I’d pretended I owned. Before she came over, I bought expensive wine and cheese and did some cursory reading about mortgages. Adulthood was all about permanence, but I was never more anxious than when I walked into my well-stocked pantry.

When my co-worker came over a few days later, she didn’t grill me about my mortgage or down payment or homeowners’ insurance, though I couldn’t imagine why she’d want to talk about anything else. She drank too much, and her cheeks grew red. “How do you get the leaves out of the gutters?”

“Someone comes,” I shrugged. The rental company’s hired man came to clear the leaves and mow the lawn.

“To be honest, buying a home was the worst thing I’ve ever did.” She sighed. “I hate my husband, but I can’t pay the mortgage on my own.”

I was going to be sick. Was this honesty? My life was too stable. Where was my wildness, my fly-by-night scrambles for the rent money? I’d never even donated plasma. Suddenly, I was desperate to escape a life that was so much less permanent than hers was. I’d rented the house long enough that my lease was month-to-month, and my job was a temporary contract that kept getting renewed. I hadn’t had a long-term relationship in years.

So, I said the truest thing I had all night: “I love this house, and I don’t know what I’d do if it I didn’t own it.”

She drank her wine, and I think she wanted to say, “I don’t understand you,” but she didn’t say that, and what I really wanted to say was, “When I use up all my toilet paper, I’m quitting everything,” but I didn’t say that because I wasn’t sure if it was true. It would be very likely that I’d convince myself to keep my rental house, my office job, my predictable life. After all, what else was I going to do? I lacked imagination, I lacked role models, I only had co-workers. Besides, I’m really not a very good liar. 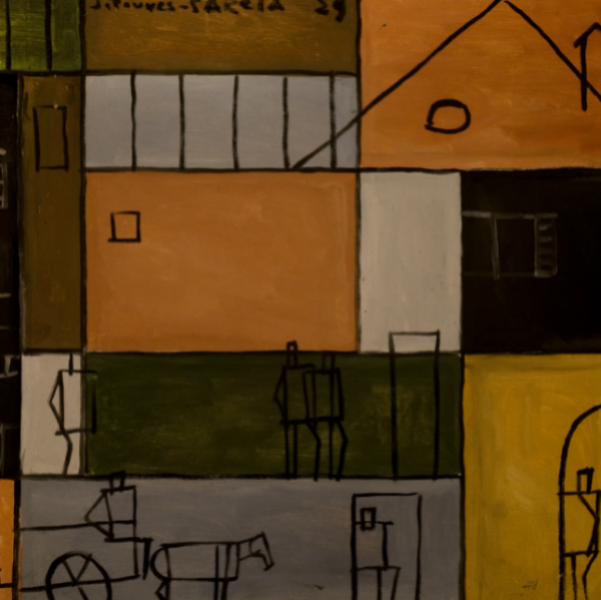 Alicia Bones is a Seattle-based writer and community college instructor. Her work has been published in Fairy Tale Review, Necessary Fiction, Queen Mob’s Teahouse, Qu, Maudlin House, and elsewhere, and is forthcoming in Paper Darts and Pidgeonholes.

(Next: The Men in Paris Always Wanted by Amber Sparks) OUR FOURTH ANNIVERSARY STORY!