On the first day of school, she lined us against the wall to measure the distance between the tips of our fingers and the hems of our skirts — just a dress code check, we thought, determined to be preteen-weary — but then she measured more, what we thought was the whole of us — height, waist, bust, hips and arm-span. She would do this on the regular, every few days lining us up like foals to be handled, every few days finding other parts of us to transform into numbers — the distance between our eyes, between earlobe and jawline; fingernail beds and clavicle dents; circumferences of all sorts, ankle to cranium; the web of skin between thumb and index finger; width of nose and nostril; thigh-gap. She was silent and studied as she carried out this task, speaking only in commands — “No slouching,” “Arms out,” “Chin up,” — and she kept a special assortment of tools in her desk drawer for this purpose alone — measuring tape and calipers and rulers of various sizes and a pinchy black contraption we called “the claw”. We laughed about “the claw”, but we were scared of it too, and scared of her. We knew she kept extensive records: those rust-red, grid-paper notebooks where she drew us up and scratched us down, her spiky handwriting denting each page. She kept the notebooks in a cabinet. When she finished one, she would start another.

It’s been years, and our own Lucy Barbero is now nursing Sister Johnson in respite care. To say the least, we have questions. Some of us are traumatized. Some of us would like to know just what she did with all those notebooks, because it’s strange to think that they’re still out there, even if they’re peeling apart in some landfill. But Lucy tells us Sister Johnson no longer remembers — not just the notebooks; she doesn’t remember taking the measurements at all — and some of us are wondering now if we imagined the whole thing, that it was some kind of collective hallucination induced by air pollution, or puberty. The wisest of us know better, though it’s strange we never told anyone. Stranger still that we would never have allowed it from the others, not Sister Beard, or Sister Peacock — not even Mother Lobacheva, who was far more imposing than Sister Johnson and preferred to use the ruler in a more punitive sense. Maybe it was because Sister Johnson taught science, and we trusted science. Or maybe it was her blind persistence, the fact that once her knobby, wizard-wand fingers began working us over, they seemed to enchant her as much as they enchanted us.

I think about it in a particular way, why we never told. Because I used to have this persistent worry — and maybe I was the only one — that Sister Johnson’s notebooks were safest with Sister Johnson, that if anyone were to know what she was doing, they would fall into the wrong hands. In my imagination, those hands belong to a basement-dwelling madman. He threads the numbers off the page by magic, uses them to stitch up a girl of his own, our parts pieced together length by length. He has his pick from the notebooks, any size or shape he wants, and when he’s crafted her to his satisfaction, he lets her out onto a city street, where she disappears into the crowd. I used to think that girl was out there somewhere, our measurements woven through her body like the fuse of a bomb. If by chance any one of us ever ran into her, I have no idea what would’ve happened. Some catastrophe I can’t even describe. 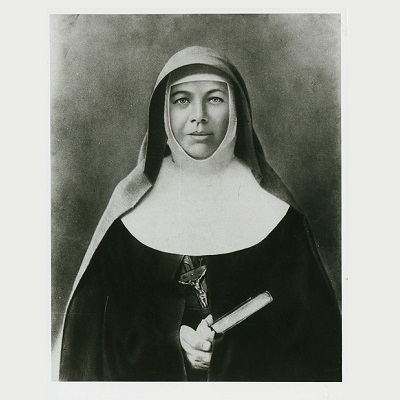 Jen Julian’s fiction and essays have previously been published or are upcoming in SmokeLong Quarterly, JuxtaProse, TriQuarterly, Beecher’s Magazine, Greensboro Review, and Chattahoochee Review, among other places. Her first short story collection, Earthly Delights and Other Apocalypses, was awarded Press 53’s Short Fiction Prize and was released in 2018. She has a PhD in English from the University of Missouri and an MFA in Fiction from UNC Greensboro. Currently, she is serving as full-time English faculty at Allegheny College in Meadville, Pennsylvania, but she calls North Carolina her home.

(Next: The First Test by Victoria Buitron)