When it was reported on later, no one questioned how it had gotten up there, on the wall. There were no ladders or even built-in footholds. No trees to climb. Only an immense sense of presence. The wall was smooth and long like a plate, rising nearly one hundred feet in the air. Governmental protection, as it was reported. But no one could remember the wall without the stranger sitting up there, at times teetering from incessant coughing or laughing fits. It made the town nervous. It could fall at any moment.

One particular childless couple had a clear view from their small apartment. “Lewis,” the old woman said. “Lewis.” She had seen her father collapse in the fields when she was not yet seven, seen how his arm spasmed, his body stiffened. Though she wasn’t present, she lost her brothers to various wars in parachuting accidents. One day, too, her mother was there in the kitchen humming some tune, and then she was not; she had somehow dropped off the face of the earth, disappeared into the evening sun. And it was as if Alice merely closed her eyes, counted to ten, then awakened to her solitude.

The old man sat, as he usually did after a long day at work at the library, and read his paper. He loved his wife, but he was not much for indulging her in her vigil at the window. He’d done that himself so many decades before. “Fool me once —” he’d often say. He peeked over his paper and looked at his wife. She’d stood and watched for the past eight hundred thirty six days. And for what, he’d thought. If it fell, it would have happened by now.

“Lewis,” his wife called again. “Lewis, please come see this. It’s teetering. Lewis, we should do something.”

“We should do nothing,” he said, and turned the page so quickly it tore a little. Lewis had tired of trying to do anything. He’d been opposed to the wall from the beginning, voted even when he believed such an action had merit. Yet there it was. Governmental protection. “An eyesore,” he’d said. And then, somehow, perhaps it was overnight, but probably it was more gradual, an accretion, this thing was perched on the wall, always laughing, always teetering. Government response: Classified. The thing, a kind of perpetual siren. What did it matter if it fell? Perhaps if it fell, there would be silence once more. He hoped it would fall.

“Lewis,” she said again and walked to where he sat. She touched his shoulder and he just barely shuddered. They’d been married for nearly forty years without the ability to focus their love and energy on children. “We really should call someone.”

He closed his eyes for a moment, saw his wife and himself at the very beginning, when neither really knew what to expect. That was life back then. Then he opened his eyes. After what seemed a very long time, as if he were deep in thought about something, he asked his wife,

“Why?” He folded the paper and placed it on his lap like a comforter and looked at her, her round face, those penetrating blue eyes he had fallen in love with. “Really, Alice,” he added as softly as he could. “Who would we call?”

Oddly, they heard the sirens first, a kind of slow and gradual crescendo as they neared. Someone had called. Then they felt an awful thud shake the apartment, heard the slow creaking, the cracking, as if something were being released or born. They looked at each other, eyes wide, as they had when they’d first met and saw in each other immense possibilities, a future. Both wanted to speak, to say what perhaps they’d never been able to say in all these years. But no words fell. They both knew what had happened, of course. They just hadn’t seen it. Wasn’t that how it always went. 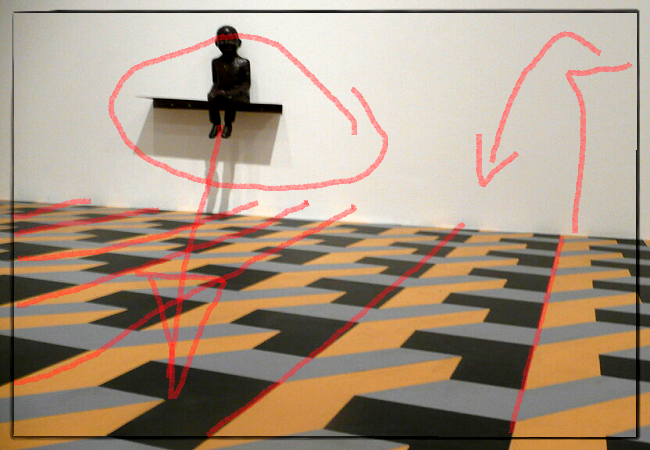 Mark L. Keats earned his MFA from the University of Maryland and has received fellowships from Kundiman and The Martha’s Vineyard Institute of Creative Writing. His work has appeared or is forthcoming in the Portland Review, the Minnesota Review, Switchback, Cosmonauts Avenue, Aquifer: the Florida Review Online, and others. He is currently completing his Ph.D. in Creative Writing at Texas Tech University.

(Next: Arizona by Lorna Rose)