The title of this piece is taken from the testimony of Christine Blasey Ford against Brett Kavanaugh, and the story addresses sexual assault

I endured it. It was fine

much the way it was fine when later that same year, working as a waitress, I pushed my towel-wrapped hand further than I should have into the mouth of a piece of glassware. The owners were particular about the optics of water marks dotting the glassware, what customers might think. The highball shattered without much warning, only a meek pop! as I pushed into it rough, mopping up all the evidence of the dirty work being done in the back of the house, cleaning up after hours. Even wrapped in a protective layer of thin, nubby terrycloth my hands got covered in broken glass: splinters of it, glass dust, big chunks of the heat-tempered glass of the base tinkling to the floor — breaking loud & angry, telling the whole restaurant my misdeeds. My eager willfulness to wipe away water from a glass fresh out of the heated sanitizer cycle.

My manager deducted the cost from my paycheck, to teach me about the value of things.

That night I spent hours picking out bits of glass with tweezers & still couldn’t get them all. For days, my palms tingled, sometimes a wayward zap of a fleeting sting I couldn’t pinpoint enough to tweeze out as, crevice by crevice, the leftover glass just became one with the ridges of my fingertips or fell away without my noticing. A whole lifetime later, sitting at a computer typing — there it was. A strange, unnamable thread of something that hurt unspooling on the inside of my fingertip. An ache & a stab, but under inspection: nothing visible to the naked eye. For days, a phantom twinge, stabbing in & out of everything I touched. Then a flare — like an ant bite or ingrown hair with a tiny white head — small, but angry & swollen. I soaked it in hot salt water, hotter than I could stand it, until my whole hand was an unholy, devilish red. I poked at it with a black-tipped needle run over a flame.

Squeezed, squeezed, squeezed — eyes closed, teeth gritted — finally. An eruption. Blood. Old, yellowed pus, stinking of an old wound & something dead, left to rot inside, while on the surface everything looked fine. There, at the center of all that stink & putrefaction & the shameful secretions of how the body tries to heal itself in spite of it all — one perfectly sharp sliver of glass from a cracked highball, like a broken-off thorn swallowed up by the rose in a Hail Mary, reaching to bloom. A glass splinter that in the light became a prism, spitting out the ghost of a girl forcing her hand into the mouth of a glass that was already dry, enraged by the injustice of all that had happened one night in a back room & would never be punished, never made right — that same slick of glass enrobed in blood, infected tissue, swallowed up by the teenager’s body & spat out by a grown woman’s system, years later, on the same spot. No scar to prove the injury had ever even taken place. No proof to point at when she says, Here, this is what hurts. Nothing to prove a wound that happened in the back room of a restaurant long-shuttered & foreclosed on, bulldozed to rebuild something better —

But never mind all that. The glass shard has worked its way to the surface & is out of me now.

I endured it. It was fine. 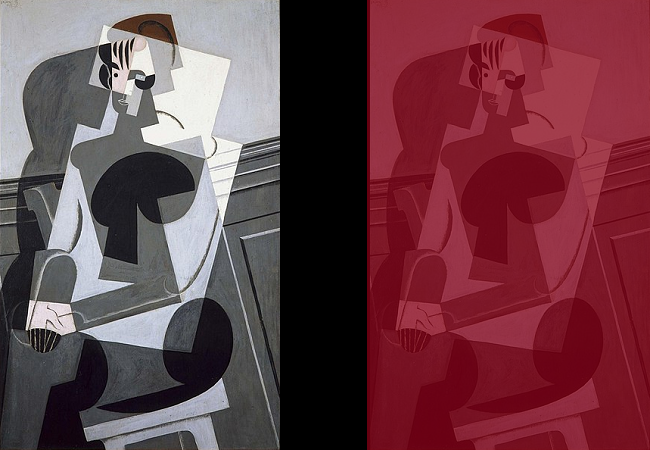 Allie Marini is a cross-genre Southern writer. In addition to her work on the page, Allie was a 2017 Oakland Poetry Slam team member & writes poetry, fiction, essays, performing in the Bay Area where, as a native Floridian, she is always cold. Find her online: www.alliemarini.com or @kiddeternity.

(Next: In the In-Between by Megan Pillow Davis)