Midway on the Line

The punchline is that the card isn’t a business card at all; it’s an advertisement for the Jehovah’s Witnesses. I wrap up the story about the cute girl on the train by taking the card out of my wallet, passing it to the person I’m talking with, and saying: “so she walks up to me… and gives me her card.”

Usually it’s good for a laugh. It’s unexpected, which is what makes the whole thing a good story. Up till that point, it’s sounding like a meet-cute. Guy steps between pretty girl and drunken creep harassing her on the train; girl is thankful to guy, and so gives him her phone number. No one hearing the story expects her to be an evangelist.

She thanked me, and said I should follow the link on the card.

And you can learn your Bible, she said. Dressed neat and tidy, the way they all are, standing around their pamphlet stands in the T stations and parks. You don’t expect to meet one anywhere except next to one of those cardboard racks. Which is what makes the story funny.

She had on a pencil skirt and flats. Brown wavy hair. Bright eyes and smile.

I say the guy was drunk. I assume so. I don’t know, but I say so. At any rate he was dirty, and loud. Skin that sun-baked leathery brown people get from being outside in the city too long. But not homeless, I don’t think. He was bothering an Asian man who knew too little English and was too polite to disengage till the girl got on – around Ruggles? – and sat across the aisle from him. He started in with the Damn, girl, and This is the most beautiful woman I’ve ever seen, so the whole car could hear, his upper body swaying with the rocking of the train.

Men like this terrify me. I say they make me “uncomfortable,” which is not the truth, not the whole truth. Men who yell in a public spaces, who either lack the self-consciousness to speak in a more normal tone of voice or else are deliberately causing a scene – around men like this I feel more than discomfort.

That volume betrays an attitude toward the world. That it is mine, that I have the right to disgrace it in this way, and that each and every one of you belongs to me and must bear my presence happily, lest I yell at you too and drag you crying into my play.

When telling the story I volunteer the fact that I tend to freeze up around such men, but I don’t share the details. I don’t talk about the Hispanic boy, half my weight, also on the Orange Line, who held a scared girl in a headlock and dared his friends and anyone else in earshot to come and do something about it. She’s my cousin, I can do whatever the fuck I want to her. I don’t bring up the businessman in the tailored suit who, in the middle of Harvard Square, grabbed his wife’s arm hard enough to make her wince, who pulled her into a brick-walled corner and scolded her, jabbing a finger in her crumpled face. I don’t share the details of these moments when I should have done anything and instead did nothing, which I remember more clearly than my graduation or my first kiss.

Which is the reason I remember this story, though not the reason I tell it. I tell it for the laugh. I remember it because I acted. Because I, sure I had no right to do so, got up out of my seat and, watery inside, walked the three steps across the aisle and stood in front of the woman. And the man went away. 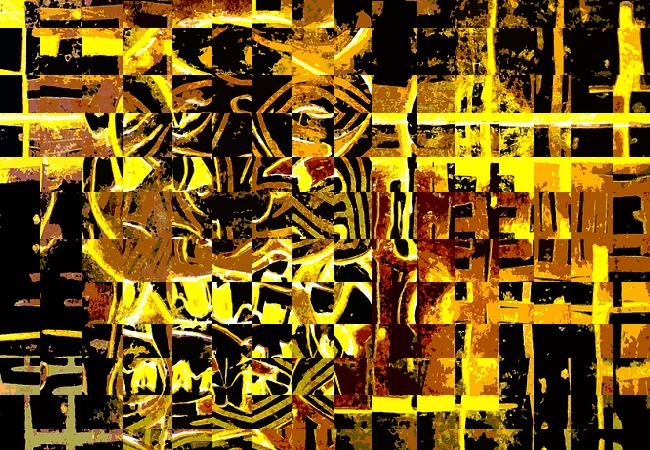 Myles McDonough is a writer living in Boston, MA. He graduated from Harvard University in 2015, and received an MFA in Creative Writing from the University of Tennessee in 2017. His work has appeared at LionsRoar.com, on Wisecrack’s YouTube Channel, and in the Saturday Evening Post. Find more of his writing at mylesmcdonough.com.

(Next: Hostile Bodies by Ellen Rhudy)