Love Is Just a Sound

My brother was in love with the Motorcycle Guy. Whenever Franky left to Go Out, sometimes with my parents knowing and sometimes without, the Motorcycle Guy was there to pick him up. It was rare for me not to wake up right before Franky went to the club or the bar. He always had to put me back in bed with the promise that he would be home the next morning when I woke up, then he’d tuck me in and tell me to dream a little bit. Sometimes he was sneaky about it and I wouldn’t know he was leaving until I heard the motorcycle purring outside on the slab of concrete that was meant to be our driveway. Even if my brother was barely able to vote, there was something very adult about his boyfriend having a bike.

Motorcycle Guy was handsome. Franky always talked about his eyes and his nose. He liked his nose, especially (“it’s like a perfect little triangle. I hate it.”). Whenever he said he hated something that meant he was thinking about it all the time. So I knew this was serious. Motorcycle Guy never wore a helmet but from my window I could see him standing in the shadows next to the bike, cigarette embers glowing in his hand. He stood far enough away from the streetlight in the middle of the road that I couldn’t really see his face, but I could tell he was very blond. I imagined he looked like one of the actors from the movies Franky let me watch with him sometimes: a cowboy with a cigar and narrowed eyes or a college kid who could save his girl from getting eaten by the Blob.

Franky told me stories only when he was in a conspiring mood, whenever he had a plan to meet Motorcycle Guy after Dad had finally gone to bed (because Franky couldn’t sneak out with him asleep in the lazy boy downstairs). Apparently Motorcycle Guy was Irish in a literal sense – his dad was born in Cork and settled down in New York City when he was a teenager, then came to Toledo for school. It was almost exactly like our father’s story, only via Puerto Rico. Franky liked the symmetry there.

“We’re both from an island,” he told me.

I jumped off the edge of my bed and on to his back. He acted like he didn’t even notice, struggled a little bit and then stood to full height. My head almost touched the ceiling. I was eight years old and Franky was the tallest man in the world.

“Was he born under a palm tree, too?” I asked, even though I knew it was a joke.

“How different?” I buried my face between his shoulder blades. I wanted to go dancing, too. Sometimes I dreamt I went with him and I sat at a bar and had Coke instead of beer and watched everyone moving around under the lights. Franky grabbed my wrists away from his throat. I’d been choking him a little bit.

“It’s very rainy but the sky has a lot of colors when the sun sets,” he said. “You know about Ireland, Gabi. They taught you in school, right?”

I struggled against him. His shirt was silky and hard to get a hold of. I knew he wanted me to let go but if I did, he’d leave. Instead he turned and stood in front of my mirror so I could see us both in the reflection. We grinned at each other and looked so much alike we could’ve been twins if I were much taller.

“I have a secret to tell you,” Franky said.

“Okay.” This was exciting. I liked when we shared something important. I wasn’t supposed to be awake but he always woke me up before he went to the club and I would follow him into the bathroom and sit on the tub in my big t-shirt and watch him comb his hair, put on lip balm, fiddle with his collar.

I saw his face redden in the mirror. He bounced me to get a better hold. I was slipping.

His laughed. “Yeah. For real.”

I stuck my hands in his hair, messing it up a bit in the back. He always combed his hair but the back was soft and full of curls and didn’t smell like the mousse he used, which was always weirdly spicy. I picked at the gold chain of his cross. One of our tías from New York City gave it to him when he was little. Her name was Soledad. I never met her, because we moved to Toledo before I was born. He said she always called him Francisco and it never sounded bad when she said it. I know he still thought about her, and he once told me that sometimes love is just a sound, someone saying your name the way it was meant to be said.

He laughed again and then he suddenly dropped into a crouch and I knew he was going to flip me over his shoulder. When he did the world spun and all I could see was his grin and gold glinting before I hit the soft net of my bed. His whole face lit up when he smiled. 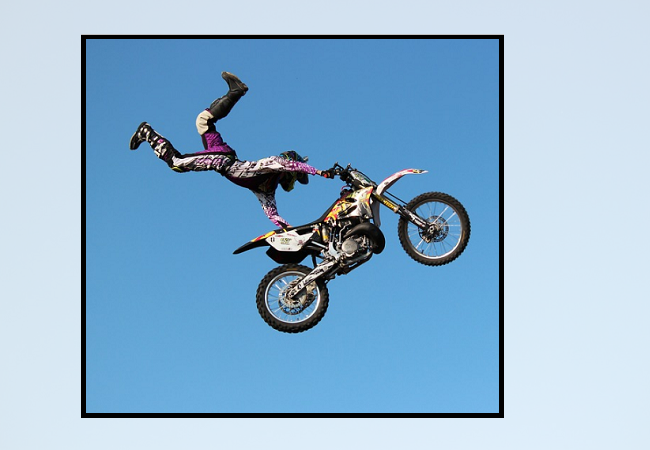 Elena M. Aponte is convinced her Puerto Rican/Irish heritage is responsible for her love of all things witty and gritty. Her creative work has appeared in Barrelhouse, Cheap Pop, and Matchbook Lit. Her non-fiction has appeared with Anime Feminist and Women Write About Comics. She is also the editor of Boricua en la Luna: An Anthology of Puerto Rican Voices, due in mid-2019. Check it out on Twitter @BoricuaEn

(Next: Pink Beach by Anu Kandikuppa)