The first time Ella woke up eating, she told her new therapy group, she was ladling cocoa puffs into her mouth. She’d eaten half the box, and the mess was everywhere — cocoa puffs on the table, cocoa puffs in the front pocket of her pajama top, cocoa puffs crunching underfoot as she trudged back to her bedroom, the box tucked under her arm.

The next time she was filling a celery stalk with peanut butter. Six stubs marred the perfect bunch of celery she’d put away that afternoon. Then The Great Watermelon Slaughter, which she paid for by having to run to the bathroom every twelve minutes for the next twenty-four hours. She tried not to picture herself wielding the butcher knife she’d used to break into that pink center.

And there was popcorn night and Girl Scout Cookie night. Butter night.

“And that,” Ella snaked a hand to her midriff to appreciate the tension in her abs as she held her stomach in, “long story short, is how I came to be here these last three Wednesday evenings.”

“Long story long,” muttered Sandy, with a lot of nerve for someone so stuffed with fear. She can’t take a bus, she’d told the group, unless her long-suffering neighbor counts the exact change into Sandy’s palm, unless she carries the coins in her sweaty fist to the bus stop, knowing nothing has been admitted through closed fingers, nothing lost, unless — and here Ella pictures her hovering at the driver’s side, leaning into his personal space, her whole body shaking as she peels the fingers back one by one with her other hand — the driver takes the money from her palm himself, so he can’t help but see the proof of Sandy’s utter and lifelong, her absolute integrity.

“Cocoa puffs, huh?” That was Jerrod, a shiny young black man, thin as a Tootsie roll and wrapped just as tight, particularly when it came to anything that might affect his appearance. “Waaaaay too much sugar.”

Ella knows what it’s about for Jerrod. Every anecdote told in this room will ignite Jerrod’s suppressed hatred of his domineering father, who made him shoot three hundred baskets a night before he could crack a book or look longingly at the dinner table. Three hundred missed baskets a night. Once he made him shoot granny-style and neighbors gathered to laugh. Well, that last is Ella’s imagined addition to Jerrod’s Daddy-tales, but it fits.

“Let us examine Ella’s compulsion,” said Tom, “let us look hard at her need to eat in the middle of the night.”

Oh, let us. Do. Ella tugs at the bottom of her blazer, so the fabric doesn’t bunch over her stomach.

“Maybe,” said eager Beth, “she needs a friend who won’t mind if you call her up in the middle of the night?”

A walking wool cardigan, that woman. In group to manage her grief after the loss of her long-ailing mother, but really to find someone else to nod and smile at, to pad around in soft-soled shoes, to pat-pat-pat on the soft part of the upper arm. Oh Beth, thought Ella, no, not my upper arm.

From Erika, their Goth girl: “Maybe she’s mad at her mother for controlling what she ate when she was little?”

“Well who’s not mad at her mother,” Ella spat at the black velvet dress, the black nail polish, the black wig, good god, all that black eyeliner.

That night Ella woke up eating uncooked rice, one grain at a time, placed in the center of her tongue. And something new: Once she fully understood what she was doing… she decided to keep at it. That’s an important detail to tell the group.

Another slender, shiny grain. The color of milk. Hard as a thickened toenail.

She’d read somewhere it was dangerous to eat uncooked rice, that undercooked rice was a leading cause of food poisoning. She’d even heard if you ate enough the rice would plump up in the stomach until it burst the lining. Or maybe that was rats — if rats eat uncooked rice their stomachs explode?? Anyway, at least she’d get a bad stomach-ache, probably some vomiting.

The hostile truth is…she’s feeling pretty satisfied. Double-satisfied. First, because by eating this uncooked rice at 2:47 AM, she’s making a story. Ella might smile at poor Beth-the-wool-cardigan before she starts telling them about the uncooked rice. At the end she’ll tearfully explain why she kept eating even after she awoke, and Sandy will say “Like you know why” or “Glad you have all the answers” and Ella will ask, “Hey Sandy, what’ve you got all balled up in your fist? Is that a quarter under your chair?” and all the sickies will look uncomfortable and then Tom will glance up from his fingernails and say, “Who hasn’t spoken yet?”

But that’s days away. For now she revels in a second warm flood of pure satisfaction the likes of which she hasn’t enjoyed in a really long time. If what she read about eating uncooked rice is true, or even just half-true…soon and for at least a little while…She plucks up another grain, pinches it until her fingers hurt, then places it in the perfect-sweet center of her tongue. For at least a little while, the last thing, the very last thing she will want to do…is eat. 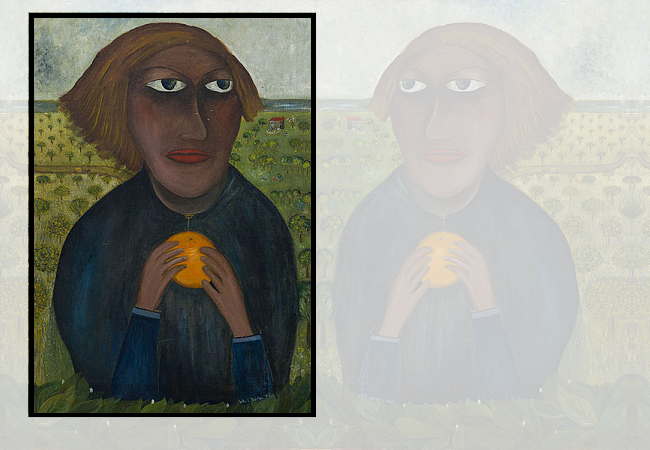 Claire Guyton is a Maine writer, editor, and writing coach. Her work has appeared in numerous journals, including Crazyhorse, Mid-American Review, River Styx, Journal of Compressed Creative Arts, and Atticus Review. She has been a Maine Arts Commission Literary Fellow, and she holds an MFA from Vermont College of Fine Arts.

(Next: The Lord of the Beasts by Zac Smith)