1. Don’t walk alone after dark. If you must walk alone after dark, because it’s winter and it’s dusk when you leave the job you support yourself with since you don’t have a husband, anything bad that happens to you is really your own fault. It’s like buying a flat screen TV and leaving your front door unlocked, except the flat screen is the body you were born with and all the locks are broken and perhaps impossible to fix.

2. Stay alert. Keep your keys in between each of your fingers like metal claws. Keep pepper spray in your purse and don’t put your hair in a ponytail because that makes it easier to grab. You have to be slippery, as impossible to grab as smoke, and always paying attention to your surroundings. Don’t listen to music while you walk; you don’t get the luxury of relaxing in public. Wear shoes you can run in or learn to run with spikes on your feet. Hunting season is year-round.

3. Smile. Did you know with some animals a smile can be a sign of fear? When strange men tell you how nice you look make sure to smile back at them. But don’t give too much of a smile because then you’re leading them on and if anything happens to you it’s your own fault. It’s called being a tease, like when you tease your dog with a treat and he bites you except the dog is a random man on the street and the scrap of rawhide is your body. Smile just big enough to accept the compliment you didn’t think you were asking for but it turns out you were, by dressing that way.

4. Don’t dress that way. Which way? Does that even matter?

5. Try and find a man for protection. Strange men will respect a wedding band much more than a woman telling them no. And yes, dating can be dangerous but how else are you going to find a husband? Make sure to tell your friends before you go on a date, and tell them who it’s with, first and last name, and what you’re wearing and where you’re going, so they have plenty to tell the police if you go missing. Leave a trail of breadcrumbs wherever you go and remember this forest hides greater dangers than witches in candy houses.

6. Learn to fight. If a man touches you without your permission and you don’t slap him that means you’re giving him permission. Never mind that he’s bigger than you and more powerful, and you might be able to talk your way out and he might slap you back. Take a self-defense class. If they don’t find your body with his skin under your fingernails then whatever happened was probably consensual. And your own fault.

7. Don’t drink too much. Any more than two drinks and you might be taken advantage of, and it’ll be your fault for giving them the advantage. But drink something, because otherwise you’re no fun, and the man at the bar is insisting it’s just one drink. But don’t let the strange man hand you the drink, and don’t let it out of your sight. Stay alert, remember? Paint your claws in a polish that detects drugs and dip your finger into your glass because you probably glanced away from it for a second. Don’t drink too much because your body is the temple of some long forgotten goddess who doesn’t accept wine as tribute, just food burnt in braziers and blood sacrifices.

8. Trust your gut. Listen to the voices of your ancestors, the sisters who survived and those who didn’t. They’re with you, whispering in your ear to run when a stranger rolls down his car window and asks you for directions. If you don’t listen to the churning in your stomach and if you ignore the goosebumps on your arms from your sisters’ ghostly caresses, whatever happens to you is your own fault. And what were you doing out alone so late anyway, at those empty crossroads with a fistful of graveyard dirt?

9. Remember that men don’t see you as a person. If you’re lucky you might be a man’s daughter, or wife, or mother, or sister, but you’re not a human being they can relate to. And how could they? You’re from Venus. You were created under clouds of sulfur on a volcanic plain, nourished by poisonous gas until a solar wind carried you to Earth. You speak an alien language. Sometimes you say no and mean yes and sometimes you say you’re fine when you’re not. You are simply impossible for them to understand. And if men don’t see you as human, then there’s no reason to behave as one.

10. Exist as something besides a woman. Instead of dressing that way simply shed your mortal form. Protect your body by leaving it behind. Your smile will be less inviting when it floats through the fog. You won’t have to worry about drinking too much when you don’t need to consume anything in order to survive. Trust your sisters when they take your hand and pull you away from your current plane of existence. You can let your guard down now that you’re no longer trying to be human. Take a deep breath. It might seem hard to do, without lungs, but you’ve performed more impossible tasks every day of your adult life. Go back to Venus, if you want, or to a star so far away no man has ever laid eyes on it. Race comets through the cosmos. Come back to Earth and eat an entire candy house, make a deal with a demon then betray it, warp reality and break all the locks on a man’s house so that his flat screen TV is stolen. When the police show up they’ll say it was his own fault. 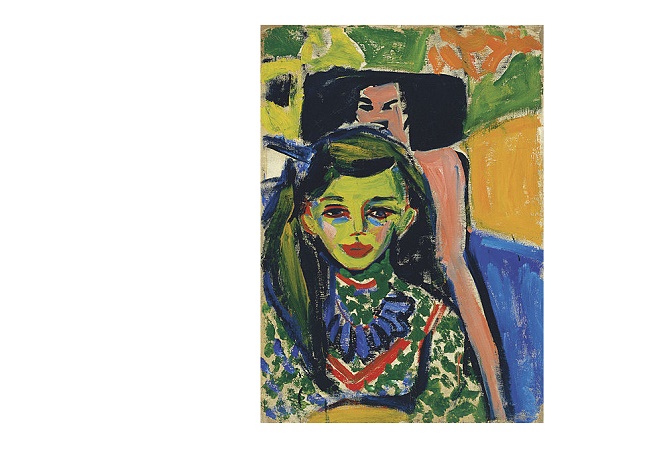 Genevieve Mills is a short story and flash fiction writer from Louisville, Kentucky, now living in Brooklyn because she wanted to be more of a cliche. Her work has appeared in matchbook, Psychopomp Magazine, Crab Fat Magazine, Unbroken Journal, Severine, and Drunk Monkeys, among others.

(Next: Pervert by Shannon McLeod)

(Previous: Can You Tell Me What This Is Actually About by Kate Axelrod)