The neighbors come over twice in the same day. Once after your mother’s funeral, to eat the ambrosia and cold cuts your aunts have laid out on the tables — they find the beers you’ve hidden in the fridge, down in the crisper, and help themselves — and once more after you’ve gone to bed, tired and defeated after the last two years of shuttling her to and from chemotherapy. That November evening, they come as thieves — not exactly quiet, but you’re a deep sleeper — dressed in balaclavas and camouflage they’ve picked up at the tractor supply, and you only know about the balaclavas because one of them has left his (or hers) behind on the piano in the living room, and you don’t own a face mask. They’ve taken your mother’s television and the headphones with the auxiliary line you had to buy an extension for, and her pillows (the ones with the faint sweat marks from when she had cyclophosphamide added to her drip bag) and her slippers and her basket of needlepoint, which she hadn’t picked up again after the Xeloda had turned the skin on her palms into red, lean jerky.

So you go out on the porch the next morning and look up and down the street, and everything is untouched otherwise: there’s Bill in his brick split-level, who drinks Jim Beam on ice and cans of Labatt, and down from him is Linda in the blue-siding ranch, who signs her girls up for summer cheer camp each year no later than May, and between them is Dave, who comments only ever on the two dead oaks in your backyard and how they really should come down. They smile and wave, even while you’re talking with the cop who’s rolled up in his squad car to listen about your broken windows.

The next morning, your coffeemaker is gone.

So is the stove, the table from the kitchen nook, the flatware, the coffee mugs — almost all of it, save for a tea pot (white paint over metal, paisley, your mother’s), and then there’s a knock at the door. It’s Bill and Linda and Dave, and they look around your kitchen, and then one of them whistles, nods and makes a checkmark in their mind, says,

“Someone’s forgotten the kettle. For next time, maybe.” 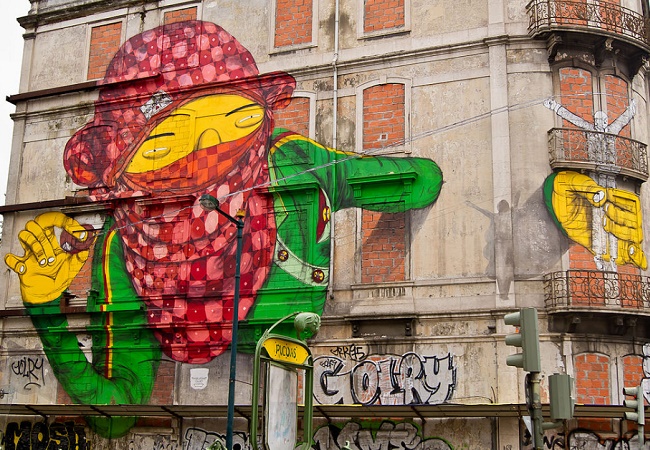 Barrett Bowlin’s stories and essays appear in journals like Ninth Letter, Michigan Quarterly Review, Hobart, The Rumpus, Salt Hill, Bayou, and War, Literature, and the Arts. He lives in upstate New York, where the summertime berries are goddamn amazing. Read more at barrettbowlin.com.

(Next: Fentanyl by Bud Smith)