We Inherit Our Grandmothers’ Traumas as Well as Their Eyes

Abortions are a family tradition.

In Communist Romania, my grandmothers have had dozens of illegal abortions: kitchen doctors, knitting needles, hot mustard, ice-water swimming. They try everything.

Both insist I don’t need a husband and children, as “they are nothing but trouble”.

My mother, a lawyer — Romanian born, but mostly Israeli-raised — repeats that motto, yet her actions contradict her words. She fights for the fetus that will become me; lying in bed for months to keep me safe in her womb.

The grandmothers say she’s crazy, since she already has a little boy. My older brother. “How can you love more than one child?” they truly wonder.

On school breaks, when I help my paternal grandmother in her workplace — a library, wrapping books in nylon covers — she tells me how she begged my mother to reconsider my existence. She never says: “but I’m happy she didn’t.”

When I eat lunch at my maternal grandmother’s house, she serves a small portion of boiling mamaliga, Romanian polenta, which I have to eat fast even if it burns my tongue. She takes my plate after a few minutes. I know not to ask for more — small portions are all she has to give.

I have my first abortion when I’m twenty. The pregnancy is unexpected, a mistake, but the father wants to get married. I agree out of panic but immediately regret it. I beg my mother to help me get rid of it.

The board approves a surgical abortion when I’m twelve weeks in. I wake up empty and nauseous. I am sure it was a he.

I hide it from my grandmothers. The last thing I want to hear is “you’re better off without”.

At twenty-four, I meet a circus acrobat. I join him on a tour bus going all over Europe. I accidentally get pregnant on that bus. The guy is scared and happy about the news. I imagine raising a tiny acrobat by myself and take the next flight home.

This pregnancy is only six weeks old. I can think it through. I watch videos produced by pro-life organizations: my sweet pea has a heart, liver, arm buds and a brain that can control them. Again, I am sure it’s a he.

After days of clockwork-oranging myself, feeling sufficiently guilty, I decide to take an abortion pill knowing there’s a fifteen percent chance it won’t work.

This time, I share it with my grandmas. They don’t say I’m better off without. They see it in my eyes.

There’s no white room and clean sheets at the end of this procedure. It’s violent and bloody and I’m awake throughout this whole slow-motion abortion. I cry a lot. It occurs to me that I’m allowed to grieve.

My mother and aunt tell me they were rarely touched. So rare, in fact, that they would get excited when my grandma would comb their hair. As for my father, an only child, I would be surprised if he was hugged at all.

The grandmothers are still alive, but I cannot ask them these questions. My paternal grandma suffers from clinical depression and the maternal one has progressive Alzheimer’s.

I inherited their traumas. I’m almost forty years old. Childless by what I believe is my choice. My boys would have been eighteen and fourteen today. I will never forget them. The fact is, that some part of them existed for a short while. And that means I was — for a brief moment — a mother, too. 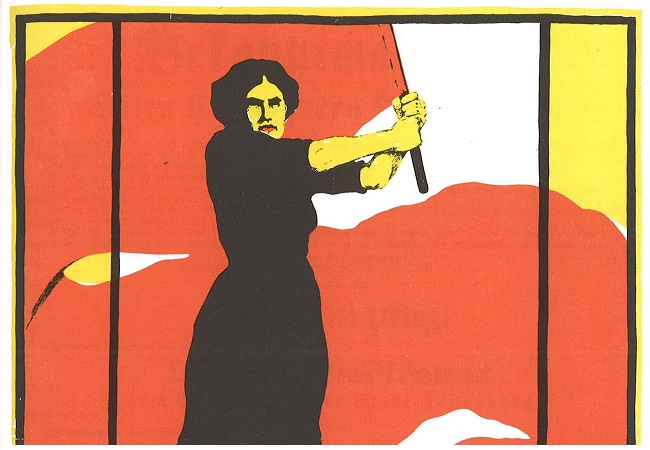 Noa Sivan was born and raised in Israel and is currently living in Granada, Spain. Her words appear in Wigleaf, Monkeybicycle, Lost Balloon and more. You can find her online at www.noasivan.com or on Twitter: @migdalorr.

(Next: Donor by Hillary Leftwich)