In the car, I called the sun the color of yolk. That word came to mind probably because Shitty Johnny downed three gas-station egg patties that morning and had been gassing out the Nissan for hours. Farts split through his pants like tentacles and wrapped themselves around my head. Throat. Eyes. Nose. Choked everything. Death grip. I pounded the dashboard while chanting about needing to pee. I didn’t have to pee. I didn’t like road trips.

When Tom pulled over, I collapsed out and smoked a cigarette.

“Aren’t you gonna piss?” Johnny whined. He had places to be. He had entrepreneurial dreams and duct-taped sneakers.

I rolled my eyes. “Why don’t you focus on getting a hundred-fifty yards downwind and taking a shit?”

As he walked with the breeze, the rusted wallet chain hanging out of the pocket on his cargo shorts rattled.

When I was five, my father pulled over at the gas station before the on-ramp outside our town. He marched inside and bought me two 16-ounce bottles of lemonade, a cream-filled chocolate Tastykake, and a pack of Sour Patch Kids. Then we drove 658 miles clear across three states so he could return me to my mother. That’s how he said it. “Court says I have to return you to your mother.” That was almost all he said the whole drive. Mostly, he hummed along with the country music on the radio. When we lost a station to static, I hunted him a new one. I started searching before he had to ask. He smiled as I clicked the dial, and when his head started bobbing with a tune, I stopped. I asked him four times in the first two hours if we could stop to pee or maybe just turn back and use our own toilet. “You’re just bored.” He said he’d grant me two stops, so I’d better use them wisely. “A man,” he said while looking straight ahead, “better be able to contain himself.” Then he rolled down his window and spit brown.

The most important identifying feature about my mother back then was that year round she kept her front yard full of inflatable holiday lawn decorations. When she had built her collection up to thirty-five inflatables, she was summoned to the August meeting of the homeowners’ association. There, on Gilbert Ford’s back patio, while the six elected members of the board sipped iced tea from sweating glasses, for her defense, she proceeded to perform an impassioned reading of Francis Pharcellus Church’s 1897 editorial, “Yes, Virginia, there is a Santa Claus.”

When she finished, Gilbert set his glass down and cleared his throat. “Thank you, Mrs. Wagner, for that. Although it didn’t address the violation of Ordinance 3.1c, it was memorable.”

It worked though. My mother left the meeting all smiles. She bought a giant, inflatable snow globe. When plugged in, air blew bits of shredded Styrofoam around the sphere, casting snow onto a picturesque silhouette of a town.

Back in the Nissan, Shitty Johnny took a turn driving. I sat next to him. Tim spread across the backseat and rapped lyrics to no one. Johnny drove with his left hand high on the wheel. His right hand played with the pocket on his cargo pants. The flaps over the pockets were both dog-eared. I had tried to iron them back to being flat once. After one wash, the upside-down dog ears were back. Then he called me gay for trying.

The thing that irritated me most about Johnny’s cargo shorts was not that he wore them every day. It was not that they were ripped. It was not even that they were cargo shorts in the first place. What irritated me most was that the accordion pockets no longer collapsed perfectly onto themselves. The left pocket was skewed a half an inch, the right pocket, even more. And this was on top of the dog-eared pocket flaps. As he drove, he picked at them, rubbed them like worry stones while talking about how great our new life would be, how beautiful the beach girls would be. I looked out the window and tried to think of anything else as we drove toward some half-baked dream.

By the time we made it to my mother’s house, my teeth hurt from the sugar. My father handed me my book bag and suitcase. He reached to the shelf above the backseat, picked up his lucky Steelers hat, and plopped the oversized, dirty lid on my head.

My mother stayed on the porch. It was early evening, and the decorations weren’t inflated yet. She’d waited for me. I hugged my father and made my way through the reindeer, Easter bunny, and turkey corpses. On the other side, my mother hugged me. “Don’t squeeze me,” I said. “I have to pee.”

“Before you go,” she said. I got excited because I thought she was talking to my father. She wasn’t. “Before you go inside,” she said to me, and she pointed to the electrical outlet on the siding under the window.

Dad waved before limping back to his truck. He wasn’t a limping man, but it had been a long trip to nowhere he wanted to be. Everything in him got tensed up.

I reached between the two wooden rocking chairs and plugged in both power strips. Orange extension cords snaked across the yard. She’d said that while I was gone, she was going to spray paint the cords grass green. They were still orange. Nonetheless, slowly, life rose on our lawn. A giant leprechaun grew until it blocked my view of my father bending to touch his toes before he climbed back into the truck. 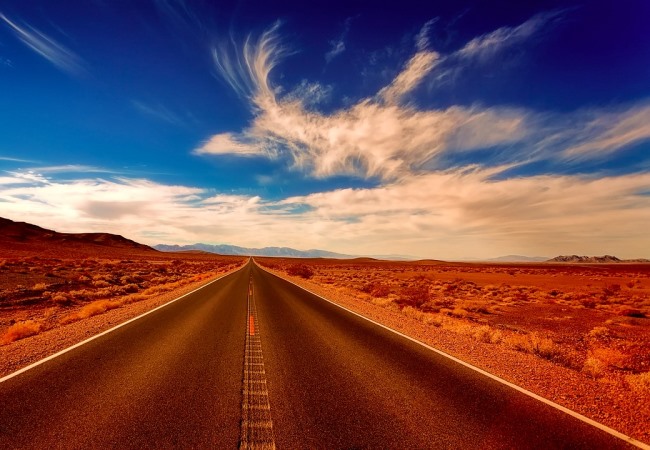 Kelsey Englert’s writing has appeared or is forthcoming in Passages North, Barely South Review, The Citron Review, Bartleby Snopes, and Jersey Devil Press, among other literary magazines. She is a Pennsylvania native and earned her M.A. in creative writing from Ball State University and M.F.A. in creative writing from West Virginia University. She currently teaches at the University of Arkansas at Monticello. For more information, visit here.

(Next: The Utter Absence of Everything by Alys Jackson)