Dan set the manila envelope down on the table between us. It looked a little crumpled and had some kind of handwriting across the front.

He unwrapped the silverware and started to pick at the fork.

“It’s dirty,” he said, shaking his head, and threw the fork down. Then he looked at his watch and raised his hand to get the server’s attention.

He was my brother, but not my brother, this old guy with thinning hair. I could see freckles on his scalp through the strands combed across the top of his head. My brother Dan always needed a haircut when I knew him. It was a regular topic of pointed conversation with the parental units, as Dan called them when he was in high school. His hair, his attitude, his lack of good judgment.

He picked the diner as our meeting place. It was kind of busy — and humid, but this was Florida, what did I expect. There was a clatter in the back that made me jump, and I watched a young man wearing a safety vest carry out a cardboard tray of coffees.

Our server was an older woman. Her badge read “Donna”. When she came up to the table, Dan pushed the fork toward her and said, “Coffee and some clean silverware.”

“Coffee would be great,” I told the woman and tried to tell her with my smile to just ignore him.

She left quickly, and I didn’t blame her.

“Are you going to get something to eat?” I asked him. “With your clean silverware. I don’t have to be to the airport until 3.”

He smiled at me, and it seemed genuine. Then he chuckled. “Sure, sure, let’s get something.”

I gestured to the manila envelope. “What’s this?”

Dan nodded, looking at the envelope.

I unfastened the clasp and pulled the contents out onto the table. There was a worn leather wallet, a set of keys, and a plastic baggie with a St. Christopher medal and a wedding band that had obviously been cut from my father’s finger.

We sat there for a moment looking at the items while the server set down our coffee, cream, and the new silverware. She pulled out her pad and was ready. “Can I get you anything else?”

I ordered a Belgian waffle. Dan got one of the specials, an egg and meat thing.

When she was gone, he asked me, “Waffles? What are you, 12?” Then he laughed and that laugh I knew.

“I always try to order something I wouldn’t make myself. I don’t do waffles. Too much work.”

He took a swig of his black coffee and smirked.

I opened the baggie and took out the St. Christopher medal. “I gave this to him. For Father’s Day, one year when he was traveling a lot. I didn’t know he still had it.”

I put cream in my coffee and stirred. “So what’s his place like?”

Dan pulled at his collar and shook his head. “It’s not really a place. It’s more of a room.”

“You should let me help with this.”

Dan shook his head. “There’s not much to do. He didn’t have much.”

I picked up the wallet. The brown leather was worn to a light almost-orange in places. The plastic sleeves inside that held the photos were wrinkled and stained blue in places by what looked like ink.

I pulled out an old family portrait, one of those horrid Olan Mills ones in front of a fake wall of books. It was curled and faded. I had no front teeth and Dan was wearing some kind of polyester shirt. Of course, he needed a haircut. My mother was so young in the photo. Younger than me. My father looked nerdy with these square wire-rim glasses.

“Jesus,” I said. It was more of an exhalation.

One of my grade school portraits, with teeth this time, was next. Then a picture of our old dog Mitzi, a faded social security card, and a Florida driver’s license.

“It’s expired,” Dan said when I stopped to look closer at the photo of the old man on the license. “I guess he had a car at some point.”

“Did you know where he was? Were you in touch at all?”

“Hell, no.” Dan rubbed his neck and then gave it a crack. I couldn’t tell if he was irritated or just uncomfortable. “I’m still not sure how they found me. And I’m sorry. I called you as soon as I knew what was going on.”

I shook my head and stayed focused on the wallet. “It’s just as well. I don’t think I would’ve had anything to say to him. I stopped wondering about him a long time ago.”

Donna brought out our meals, and Dan said appreciative things to her. I could tell he was trying to make up for his earlier gruffness. I stirred fresh creamer into my topped-off mug of coffee.

“I used to imagine he had another family somewhere. Kids he was playing with.”

Dan wiped his mouth with the paper napkin. “No, he was just an old drunk who liked the ponies a little too much. How’s the waffle?”

“Wonderful. Best ever. I think you are jealous of my waffle.”

He chuckled. “Liz makes them all the time. The girls are always asking for them. Sleepovers. Father’s Day. There are always waffles at my house.”

“I haven’t talked Liz in ages. After this, I’ll do better. We’ll keep in touch.”

“Deal,” he said, finishing off his coffee.

“But you have to let me get this. You’ve picked up too many of the expenses already.”

Dan opened our father’s wallet and counted out the bills. $37. He set money on the end of the table. 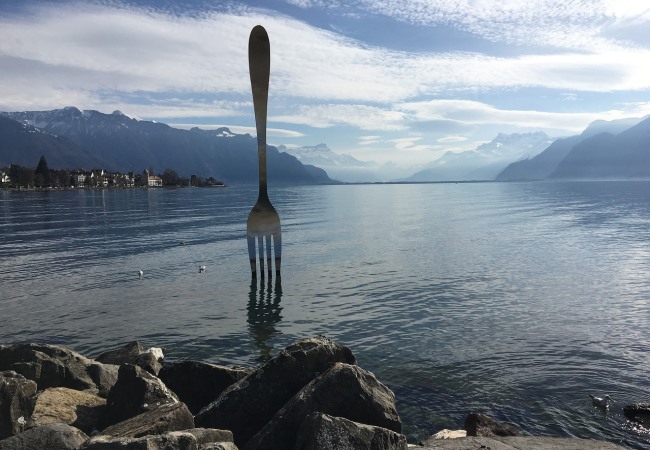 Colleen Kearney Rich is currently a fiction editor for Literary Mama. Her writing has been published in wigleaf, matchbook, Minerva Rising, SmokeLong Quarterly, and the anthology Amazing Graces: Yet Another Collection of Fiction by Washington Area Women, among others.

(Next: The Ages by Lila Rabinovich)