He decided one day to dry himself out. He would dry himself out, and survive without ever drinking a drop of water again. He was better than his body, he thought. He could do anything, he thought. He was he — was there anything he couldn’t do? So, he would stop drinking liquids right then and there. When a waiter at a restaurant would come by with tap water, he would decline. “No thank you,” he would say, and ask that the waiter return the glass to the kitchen, as it would not be needed. He would move to the desert. For hours each day, he would lie on a deck chair in the sun, absorbing its heat. He would avoid rainstorms, neighbors’ sprinklers. He would have the pipes to his home turned off. To bathe, he would remove his clothes and go out into the dust of his yard and spin and writhe, in a way that would call to mind the hygienic ritual of a kind of crepuscular rodent. Naturally, many neighbors would grow alarmed. They would call for a meeting at the local elementary, and a course of action would be debated — how best to deal with this man drying himself out for all to see? Others, however, would see in it a noble disobedience — something political, almost biblical. Stylized images of his likeness would pervade the small desert town: first on crude printed pamphlets, then on T-shirts and highway billboards. Over a high school baseball game one afternoon, a biplane would conjure his name in the sky, above the right field fence. The gesture would be met equally with cheers and boos. After a week, his neighbors would have enough. They would gather at the edge of his yard — amid his daily dust bath — and call for his drying’s immediate end. He wouldn’t hear them. Or, more likely, he would hear them, but would choose not to respond, due to a belief of absolute correctness in his mission. Though only days, his body would appear ghostly, withered. He would lose sense of time and place. He would hallucinate. Terrible, apocalyptic visions would layer across his visual intake of the world. One night, a state trooper would find him wandering the side of the highway, muttering and disoriented. The trooper would pin him to the ground and try and force a cup of water down his throat; yet he would resist. His mouth would remain clamped, and he would be able to wipe away whatever stray water droplets had spilled across his face before he could absorb them. The next day, he would collapse in his yard. A neighbor would find him and call an ambulance. He would be pronounced dead. But before that, he would be dry. Or, as close to dry as he would ever be. On his back in the dust, raptured, clawing at the light. 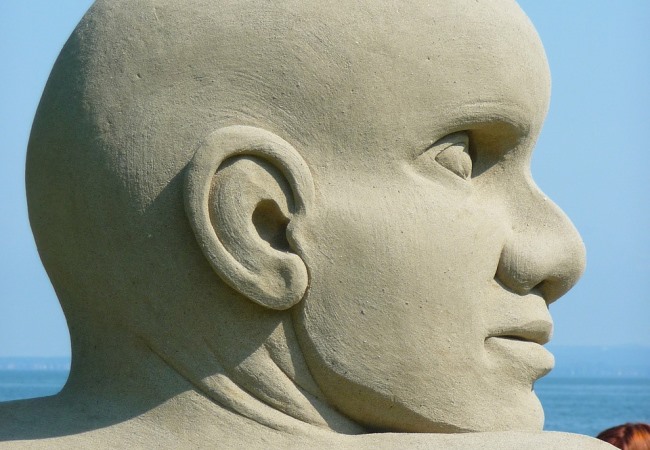 David Byron Queen grew up in Northeast Ohio. His work has appeared in VICE, Hobart, The Rumpus, McSweeney’s Internet Tendency, Pithead Chapel, CHEAP POP, Monkeybicycle, and elsewhere. He lives in Missoula, where he is a Truman Capote Fellow at the University of Montana. Find him on Twitter @byron_queen

(Next: The Microbiology of Laiq by Christopher Allen)

(Previous: A Study in Misunderstanding by Zach Powers)