I like him. We see each other every day, passing by on the same narrow street; one sidewalk, so one of us has to walk on the road. We switch turns. Sometimes his head is down and he doesn’t see me, so I let him take mine. Six months, every morning. Although, occasionally it’s hard to recognize him — a thick beard would have grown on his face overnight, or a pair of round funny glasses would emerge on his nose. The girls at the office say I smile more on those days.

Today he carries a bouquet of plastic sunflowers. He’s himself, naked face. An okay guy, not the kind you turn your head after. We nod at each other. For a second I slow down and almost look back, but I’m late for a presentation. The boss is presenting us with a new apartment. The girls discuss who gets to work there. New location meant new mattresses and freshly-coated walls. Eventually, they throw their names in a box and shake it. The place is on the other side of town. A safer zone. I go to the kitchen and make tea for everyone. My name is not in there.

After the morning chatter we split up and go to our assigned apartments. My first client is a regular, but there’s nothing regular about him. I tell him I’m quitting and this is my last time. Just to try it on, see how it fits. He gets emotional and leaves a big tip.

I call the secretary and say I’m free. She sends me someone new. I’m in the shower when he knocks. By the time I come out the knocking has stopped. I sit in front of the television and open a book. The television doesn’t work, but it gives the room a homey feeling. I picture sunflowers in a vase on top of it.

At the end of the day we gather at the office again. The secretary hands us the profits. Some envelopes are thicker than others. We each give her five to twenty euros. She works on our tips. If she likes you she’ll send you the good ones. We prefer the perverts. They’re honest.

On the way home I buy bread and cheese at the corner supermarket. The rest of the cash goes to the underwear drawer, into four envelopes: India, rent, car, health insurance. India is getting thinner and thinner.

I see him again the following morning. Mister Potato Head, no accessories this time. A car approaches and we’re both on the sidewalk, waiting for it to pass. I glance at him up close, but when he looks at me, I look away. I feel the worry line between my eyebrows entrenching into my skin. I’m not the kind of girl you turn your head after. Just pay for.

The car pulls away. We both go down to the road at the same time. We both say: No, please, go ahead. We both smile. So I dare to ask why he’s not wearing anything strange today. He tells me his mother had Alzheimer’s. She didn’t recognize him anyway. At least they could have a laugh about it. She thought he was an entertainer, hired by her dead — yet very much alive in her head — husband. Now she’s dead, too.

Then he asks me what I do. 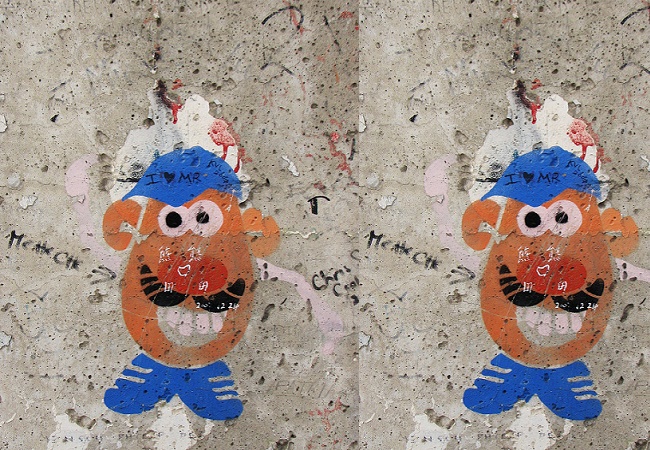 Noa Sivan was born and raised in Israel and is currently living in Granada, Spain. She is a graphic designer and a writer. Three of her pieces were published in 2005 in an anthology edited by award winning Israeli author Yitzhak Ben Ner. In 2013 Sivan published a digital book of micro stories called “Semantic Satiation”, which was translated to English by Yardenne Greenspan. In 2016 she started writing in English. Her stories were published on Jellyfish Review, r.kv.r.y Quarterly, Eleven Eleven and FRiGG.