The child’s cheeks are full and pink, like ripe peaches, and the man reaches out to touch them. The narrowing of his daughter’s eyes as she hitches the child higher on her hip stops him. It’s been two years, but he immediately recognizes her look, full of anger and fear. He clasps his hands and steps back from the door. Her anger he can take, welcomes it in fact. But her fear makes his chest tighten, and he looks away.

“If I’m going to come in, you don’t put your hands on my boy unless I say it’s okay.”

“Nobody’s called me that in years.”

“Please, Susan. I won’t touch him, unless you say so. Okay?”

Susan takes in the studio apartment in one glance while the man balances on the far edge of the couch. She chooses the one chair in the apartment and holds the baby in her lap, arms encircling the child as he shifts and babbles. The baby’s soft, wet gurgles are the only sound in the room, and they sound strange to the man; something from long ago, so out of place in his apartment.

The man’s daughter looks out the window as she tells him this. He’s not surprised that the boy’s named for her maternal grandfather, the man who raised her.

The boy squirms in Susan’s lap, and she loosens her grip, allows him to slide down to the carpet where he wobbles on his sturdy, fat-creased, legs. She holds the child, just barely, beneath his armpits, steadying him until he solidly grips the edge of the couch. The man sees his daughter’s mouth curve up before she purses her lips. The pride she tries to contain radiates from her, filling the apartment, and the man wants to tell her how well she’s done for herself, how much he regrets, how sorry he is. The child totters closer to him and the man resists, again, the urge to reach out and touch the boy’s plump cheek. He imagines the soft, velvety smoothness against the back of his hand, the gentleness with which he might hold this child. 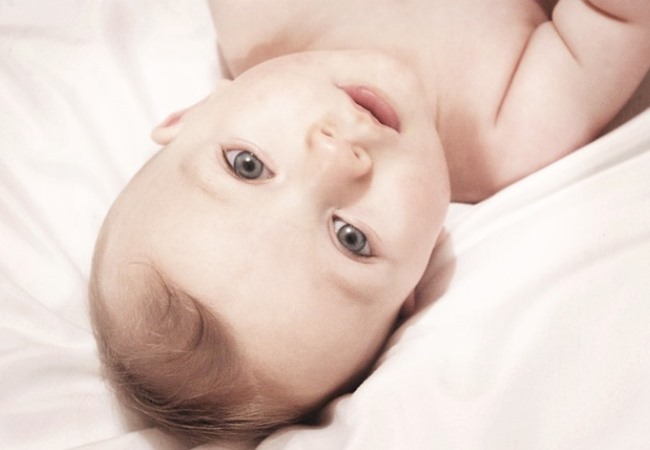 Yasmina Din Madden lives in Iowa and has published short stories, flash fiction, and nonfiction in The Masters Review: New Voices, The Idaho Review, Word Riot, Fiction Southeast, Hobart, Carve, and other journals. Her story “At the Dog Park” was recently shortlisted for The Masters Review Anthology: 10 Best Stories by Emerging Authors.

(Next story: A Kind of Kind Thing to Do by GJ Hart)

(Previous story: I Could Close My Eyes to Avoid Further Injury by Ingrid Jendrzejewski)