The Night We Drove Old Terry Down

We all told the police the same story.

With the electrical storm rolling in from the east, it was decided to shut the mountain down early. The last gondola from the top left at five. We lit our cigarettes and waved those who’d missed it off down the trail paths, telling them to hurry before the rains came, knowing they’d never make it. Already the horizon was whiting out every few minutes, pencil lead clouds smudging down to the ground. “Avoid the trees,” we’d warned them. “They suck down the thunderbolts. Boom! Not a chance.” The mountain had trees like an ape has hair but we were young and contemptuous, and if we could’ve got them to pose for photos after being told that, we would’ve.

We hated all the tourists, but especially the Americans. We’d take their money all day long, for food and fridge magnets, tea towels, t-shirts, beavers in Mountie outfits, crap like that, and insult them as we gave the wrong change. Asked why glacial Lake Louise was such an unusual colour, we’d roll our eyes and drawl “they drain it every year ‘n’ paint the bottom”, crushing their souvenir posters, postcards, calendars into too small bags. We told wide-eyed families that the mountain goats they’d seen were mechanical, operated by a guy we’d hired from Disneyland. The management were smart to never let us food prep unattended.

Anyway, a few of us had decided to stay up on the mountain for the night, watch the light show from on high then hang around for the morning shift. We constantly stank of kitchens and cigarettes and sweated-out booze anyway so sleeping in the same clothes and wearing them a second day wouldn’t make a difference. Terry the restaurant manager had keys. We had the run of the whole place. “Just don’t take anything out the dining area, ‘kay, or I’ll get grief”, he said, so of course we took our bottles onto the viewing platforms and hurled our empties out into the night.

Terry was in his thirties to our late teens/turning twenties. He had a moustache which parted in the middle. Did we like him? He was ok. He was always trying to get us on our own in some corner to ask how we were really doing. Hand flat on the wall above our heads, he’d warn us off our love lives, “Don’t get too serious, you know?” Gifting us cigarettes, that kind of thing. Some of us had worked the mountain previous summers but Terry was there every summer. This was, like, his millionth year there. He must’ve given cancer to a whole generation.

We killed the lights as the storm came close. The restaurant windows faced east, and we moved around in blue darkness, flashed brightness, deeper darkness. Dancing, loping, to the Fine Young Cannibals, Love and Rockets, the Cure, our tongues thickening in each other’s mouths. Skirts and tops hiked. Terry watching us.

There was so much noise, we said, with the music, and the weather, the wind screaming ‘round the gondola station. Who knew when he must’ve slipped out?

We didn’t tell them what had happened in the Men’s Room. That we heard about. That news was wildfire.

That took us all by surprise.

We just went on partying after, while the storm took the mountain in its wild wet mouth.

Trees pulling down those thunderbolts.

You wouldn’t want to be out in that.

At one point it was like being in a car wash, water running down around us on all sides. 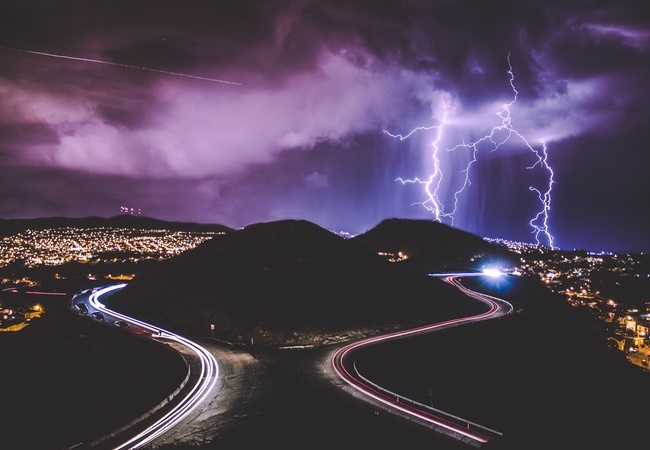 Want to submit to our special “Kill People” issue?