Master Lucius Josiah, who departed his earthly body at the stroke of noon at Whitsuntide, had to spend the next five days waiting to be interred on account of the Weepers being out of town on Weepers’ business.

Ever since the curse of dry-eye had descended on the town, the tear ducts of every man, woman and child of speaking age had closed tight shut and sealed over with a second layer of new-grown skin. For the townsfolk, the dry-eye meant that no sobbing could be summoned and all crying was contained. Only babes and beasts were spared the affliction – the wordless somehow retaining a natural outlet for their sorrow – for everyone else, it was down to the Weepers to give expression to their grief.

Where the Weepers came from was not known. Some said the four of them were sisters, linked by bonds of flesh and blood. And some said the Weepers were bloodless, which is how they came to cry so freely, that all of them were less than human – more akin to beasts than babes – but with the appearance of ordinary townsfolk in every other way.

What was for sure was that the Weepers had arrived in town at the same time as the dry-eye, making their appearance a god-send and their services unique. But now, with the Weepers out of town, Master Josiah’s loved ones had no choice but to wait their turn in Limbo’s anterooms of mourning and half-lit corridors of despair, with all their grieving and remorse locked up inside themselves like a canary in its cage.

For five long days, the friends and family of Master Josiah sat around his body, laid out stiff in a cool, dark room, and felt their misery clamouring behind their eyes, searching for a gap, a chink – some kind of exit – by way of sweet release.

While they waited for the Weepers, some of the townsfolk took to cleaning the body, or else baking bread that no-one was in much of a mind to eat. Others went to dig a hole beneath the Cedar tree, while Master Josiah’s younger kin, being of a more impatient disposition, went to sit atop the tallest hill, their parched eyes primed for the first sight of the Weepers to appear along the valley road.

On the sixth day, just as a pale sun started to streak the sky in shades of dawn, the small gathering on the hill top began to nudge each other out of sleep.

There on the horizon, a horse-drawn carriage thundered along the road, carried forth by two black steeds, the clatter of their hoofs echoing round the valley as if the hills themselves had started to applaud. From out of the carriage windows hung the Weepers, their lace mantillas fluttering in the breeze like raven’s wings, with voices lifted in loud lament.

‘They’re here,’ said a nephew of Master Josiah, jumping to his feet and running down the hill, towards the town, throwing open the door of the house where his uncle lay and yelling up the stairs, ‘They’re here.’

Just as the weight of winter is lifted by the first Snowdrops, so the sombre load of six days’ wait began to lighten as news spread that the Weepers had returned.

Assembling themselves in the courtyard, the townsfolk stood in a rag-tag huddle of odd socks and misbuttoned shirts, tying their shoelaces and wetting down their bed-messed hair. With the Weepers arrived, the townsfolk were anxious that the business should begin of conveying Master Josiah to his maker, lest the desolate sisters be called away beyond the valley plains.

No sooner had their carriage rounded the courtyard corner than its door was flung wide open. Out stepped the Weepers, lachrymose, wailing, ululating in the pitch of angels, eyes red-raw and clawing at their mourning dresses with fevered fingers possessed of nails that were bitten to the quick.

‘They’re here,’ the townsfolk whispered, their dull eyes fixed upon the Weepers, who headed for the Cedar tree and howled their sorrows into the blank void that lay open at the feet of it.

The townsfolk followed, as did Master Lucius Josiah himself, held aloft and carried on the shoulders of the strongest six.

There beneath a canopy of evergreen, amid the Weepers’ shrieks and dark travails, the townsfolk felt something wondrous stirring up inside themselves. Stirring like the seas at moon tide. Stirring like a hornet’s hive. Something made of night and day – like the opposite of yearning, or the antithesis of grief – and reflected in the Weepers’ tears that fell upon the willow casket, all liquid-pure and shining bright. 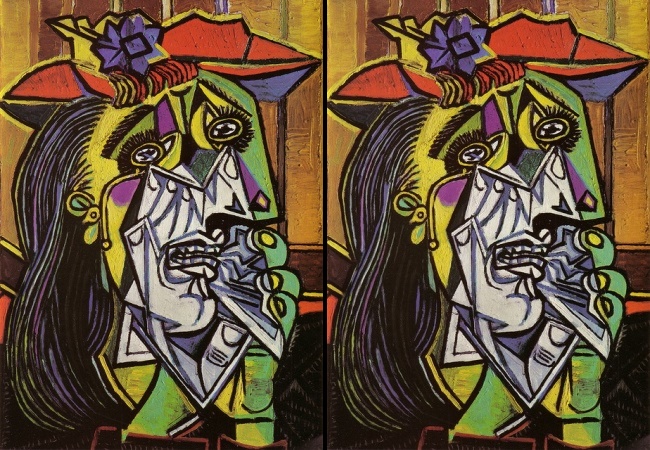 Victoria Briggs is a writer with work published in various literary magazines and journals including Unthology, Structo, Litro, Short Fiction, Spelk, Prole and The Nottingham Review. She once won the Asham Award for women writers and has previously been nominated for a Pushcart Prize. She lives in London and tweets @vicbriggs.

(Next LADY MONSTER story: See Me by Anna Cabe)