I sliced a banana and the slices gradually grew diagonal, so I straightened the line in the middle and made an ugly slice, that amended all the slices that came next. And suddenly I realized why fighting is important.

*This story is part of a week-long series of microfictions written by Noa Sivan and translated from the Hebrew by Yardenne Greenspan. 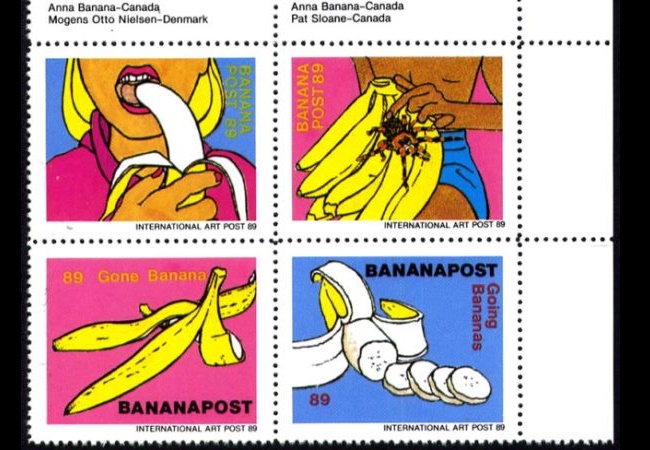 Noa Sivan, 37, was born and raised in air force bases all around Israel and is currently living in Granada, Spain. She is a graphic designer and writer. Three of her short stories were published in 2005 in an anthology edited by award-winning Israeli author Yitzhak Ben Ner. In 2013 she published a digital book of microstories based on her life in Tel Aviv during the social justice protests of 2011.

If you enjoyed this, you can also enjoy her Plaza Trinidad

Yardenne Greenspan has an MFA in Fiction and Translation from Columbia University. In 2011 she received the American Literary Translators’ Association Fellowship, and in 2014 she was a resident writer and translator at Ledig House’s Writers Omi program. Her translation of Some Day, by Shemi Zarhin (New Vessel Press), was chosen for World Literature Today’s 2013 list of notable translations. Her full-length translations also include Tel Aviv Noir, Edited by Etgar Keret and Assaf Gavron (Akashic Books), Alexandrian Summer by Yitzhak Gormezano Goren (New Vessel Press), and The Secret Book of Kings by Yochi Brandes (forthcoming from St. Martin’s Press). Yardenne is Asymptote Journals’ editor-at-large of Israeli literature, and a blogger at Ploughshares. Her writing and translations can be found in The New Yorker, Haaretz, Guernica, Asymptote, The Massachusetts Review, and Words Without Borders, among other publications.

We also have a special “LADY MONSTERS” call for submissions