The boy entered the train, sat on the bench across from us. I say boy but he must have been in his late twenties or early thirties, condemned to look like a hefty and overgrown seventeen-year-old. Did Patricia notice him? Not sure. We were sitting next to one another, holding hands, and I didn’t turn my head.

His was topped by fuzz and glasses. He wore loose-fitting pants and a black T-shirt advertising a no doubt angry band I had never heard of. His shoes were the kind an oblivious and practical mother would have bought for her twelve-year-old.

Normally, this boy-man wouldn’t have held my interest for more than the second it took to take him in, but after sitting he took the backpack he had been wearing — not the school kind but the round-the-world traveling kind — and squeezed it to his chest. The pack seemed empty, which was odd. That oddness made it compelling.

Alone on his bench, stop after stop, the boy hugged emptiness, and I thought:

Who was he? Where was he going? What did he do there? Did he plot his revenge? Stockpile his weapons? Spread or soak up hate on the Internet? Vomit it onto journals experts would later comb through?

Or was he just another isolated, lonely human being? A human being so isolated and so lonely he was unaware of his body’s desperate display?

Whoever he was, I didn’t think his end would be good. Ours, however, was coming. Our most immediate one, that is, so I stood up and so did Patricia, but instead of stepping toward the doors like I did, she stepped forward and touched his arm, eased it and the other away from the backpack, took his hand and got him to his feet. Smiling the way she does, her eyes focused on his confused and childlike face, she put her arms around him. After a short pause, the kind a suicide might indulge in before stepping off the ledge, he did likewise.

Seconds later, the train came to a screeching halt, the doors clanged open, the voyagers left and boarded, the warning bell screamed. I stepped onto the platform, not sure if she’d make it, but the boy let go and she slipped through the crack which allowed me to see how he left the backpack, limp, on the seat next to him, how his cheeks flushed and a smile fought his lips.

I made dinner that night. Afterwards, we watched a movie and ate ice cream, used our smallest spoons to make it last. It was late and Patricia was tired and fell asleep on the couch, cradled in my arms. She snored loudly, like she usually does, but I didn’t shake her, didn’t say her name in progressively louder tones, didn’t dare because I didn’t want her to move an inch, because she was the kind of woman you never let go. 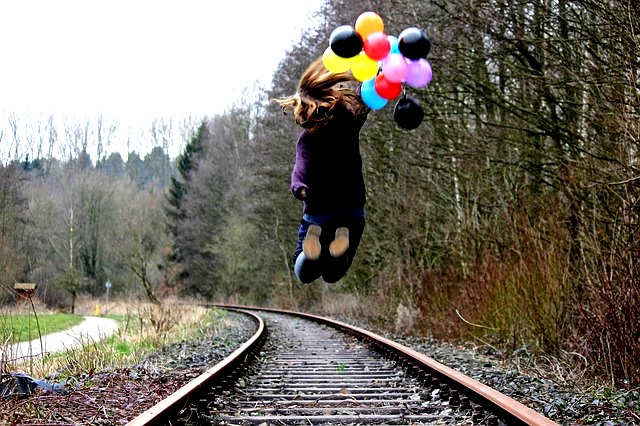 Kevin Tosca’s stories have been or soon will be published in Redivider, Literary Orphans, Paper Darts, Prole, Flash: The International Short-Short Story Magazine and elsewhere. He lives in Paris. He can be found at kevintosca.com.

(Next story: Dental Floss Debate: Good vs. Not So Good by Paul Beckman)