Quick’s sister Roberta had a girlfriend called Lala. She was a big girl, but always smiling and laughing. The laughter seemed to fill her eyes and sparkle onto everyone she met. Quick was fascinated, enthralled, and thoroughly captivated. Lala was an outstanding cook; her specialty was Mexican food. She made goat burritos and pig brain enchiladas that were out-of-this-universe delicious. Roberta was happy that Quick paid so much attention to her friend, but at the same time she was afraid he would break her heart. Lala kept growing in girth and eventually passed the 400-pound mark. Her doctor put a device in her stomach and she started dropping weight rapidly. On the down side she cut some wicked smelly farts while dieting, even Quick had to get nose plugs and safety goggles because his eyes watered so tremendously. In less than a year Lala was under 200 pounds. She got surgery to tighten her skin. Her farts went away slowly. Everything seemed to be going swell, but then she got a coon dog and named him Beauregard. Lala loved that dog, she would take him for long walks with Quick tagging along. The dog took monster shits. Lala would ask Quick to pick up the turds in plastic bags to dispose of. He wasn’t happy about this. Lala called him a pussy. Soon she was picking up the dog shit with her bare hand. Quick said fuck this noise. Roberta said she understood, but Quick had his doubts. 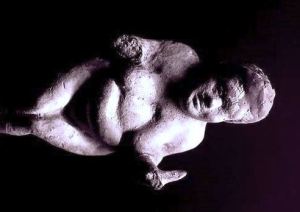 Catfish McDaris’s most infamous chapbook is ‘Prying with Jack Micheline and Charles Bukowski’. He’s been in the New York Quarterly, Slipstream, Pearl, Main St. Rag, Café Review, Chiron Review, Zen Tattoo, Wormwood Review, Great Weather For Media, Silver Birch Press, Graffiti, the Louisiana Review, George Mason Univ. Press, and New Coin from Rhodes Univ. in South Africa. He’s been nominated for 15 Pushcarts, and Best of the Net (2010, 2013, and 2014). He won the Uprising Award in 1999, the Flash Fiction Contest judged by the U.S. Poet Laureate in 2009, and the Thelonius Monk Award in 2015. His 25 years of published material, including 25 chapbooks, is in the Special Archives Collection at Marquette Univ. in Milwaukee, Wisconsin. His ancestors are from the Aniwaya Clan of the Cherokee Nation.

Also by Catfish McDaris The Matador

(Previous story: He Wore Anthrax Like a Purple Heart by Kyle Hemmings)